Åre Skidfabrik invests for the future

As previously reported, the Swedish ski manufacturer Åre Skidfabrik recently expanded its facilities near the ski resort of Åre. It has now been revealed that the expansion was part of the company’s largest single investment in its 40-year history. In addition to the 50 percent larger production area, this also includes an energy efficiency solution with recycling of the production’s excess heat. The company also acquired two new machines for greater efficiency and higher product quality: a grinding robot from Montana and a high-precision cutting machine from American Eastman Diecut. According to the company, this makes Åre Skidfabrik one of the most modern ski factories in the world. In addition to its own Extrem Skis brand, Åre Skidfabrik also produces skis for three Norwegian brands, SGN Skis, Stereo Skis and Moonlight Mountain Gear, as well as for the U.S. ski brand Rocky Mountain Underground.

Åre Skidfabrik has always run its operations on 100 percent renewable energy from local hydropower plants. In connection with the expansion of the facility, the conditions were created to replace the old heating system and implement a significant improvement in energy efficiency. Together with experts, a completely unique ventilation solution was developed that recovers the excess heat from the ski presses. In addition to this innovative solution, Åre Skidfabrik has drilled 1,000 meters of energy holes for a new water-based geothermal heating solution. In combination, these two systems enable an energy reduction of 70 percent per square meter.

The commitment to being a local, modern and sustainable company has resulted in two important awards this year: Åre Skidfabrik was named “Gazelle Company 2020” by Dagens Industri, Scandinavia’s largest business magazine, an award for the fastest growing companies in Sweden, and “Entrepreneur of the Year Jämtland-Härjedalen 2020” by the organization Företagarna. 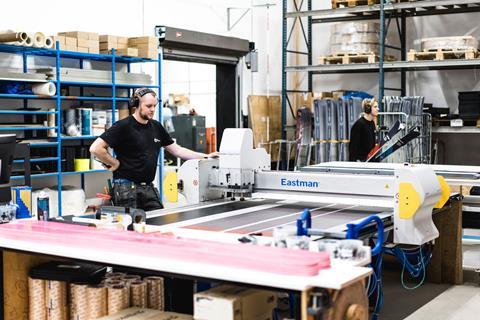