Now that Austria-based Pierer E-Bikes GmbH (GasGas Bicycles, Husqvarna E-Bicycles and R Raymon brands) and Germany-based Pexco GmbH have grown together into a successful organization after nearly a year and a half under the umbrella of Austrian two-wheeler giant Pierer Mobility AG (KTM Sportmotorcycle, Husqvarna Motorcycles and GasGas Moto motorcycle brands), Pexco has announced that it will change its name to Pierer E-Bikes Deutschland GmbH. The change will be officially implemented on July 1. Other country subsidiaries such as those in Switzerland or Italy will also be renamed. With the change, the e-bike company wants to be perceived as one organization. The location in Germany will focus on the relevant areas of development, product management, sales and marketing for the DACH countries.

The sales & marketing division of Pierer E-Bikes GmbH will be headed by the two vice presidents, Theresa Gstaltmaier and Steffen Alberth. Bernd Lesch will be responsible for DACH as sales manager, Alberth for the remaining European countries and Gstaltmaier for North America and Australia. As a result, Lesch also moves up to the management of Pierer E-Bikes Deutschland GmbH. Together with Alberth, Susanne and Felix Puello, he will steer the fortunes of the company in Schweinfurt, Germany. Laura Christ and Nicole Leong Suyin will share marketing responsibilities. While Christ serves as head of brand management for R Raymon and marketing DACH, Leong Suyin is head of brand management for Husqvarna E-Bicycles and GasGas Bicycles as well as head of marketing international. 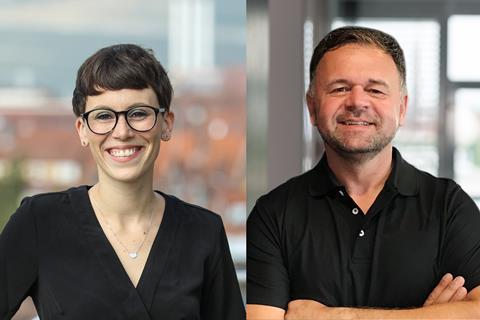