After having already announced that it had sold the carbon frame and fork production, including the RTM Composite factory of its subsidiary Time Sport International to the French-American investment and management group Cardinal Cycling Group, the French Groupe Rossignol is now also parting with the Time pedal division. The buyer (for an undisclosed price) is the U.S. bicycle components umbrella company SRAM Group (Quarq, Rockshox, SRAM, Truvativ and Zipp brands). Specifically, SRAM Group has acquired the entire Time range of road and mountain bike pedals, cleats and all related patents from Rossignol Group. 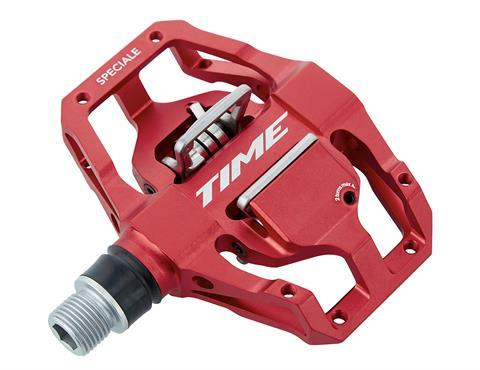 Since 1993 also on the market with MTB clipless pedals: Time Sport.

Clipless pedal pioneer Time Sport was founded in 1987 in Nevers, France. This is also where the production facility for the pedals is still located. Whether it is included in the takeover deal at all, and if so, whether it will be continued by the SRAM Group or whether SRAM will relocate Time pedal production elsewhere in the future, was not answered by the Americans following an inquiry by the Outdoor Industry Compass.

The Rossignol Group will continue to be active in the bicycle market with its bicycle brands Felt Bicycles (on-road) and Rossignol Bicycles (off-road).

During a transition period expected to last until mid-2021, customers are advised to continue to contact Time for product service and support.