Behind the newly founded Zweirad Union E-Mobility stands an unnamed international group of investors led by Taiwanese-born Tao Wang. Wang has already made a name for herself as managing director of Nuremberg-based e-bike supplier SFM Bikes Distribution, maker of the Saxonette and Saxxx e-scooter brands and the Ecooter and Sachs e-trek scooter brands. SFM Bikes Distribution is the legitimate heir of the venerable German Sachs Bikes-Werke. Together with the newly hired COO Jens Mensing (former head of the bicycle division of the Kettler Group and, after the sale of this division including the Hanweiler production facility to the bicycle purchasing group ZEG, commercial manager of the ZEG subsidiary Kettler Alu-Rad), Wang wants to lead the well-established Sangerhausen factory into a prosperous future. With a total of 75 fully employed staff, production will begin, “with the aim of soon creating further employment opportunities for the region.”

Zweirad Union assures that it is well-positioned to meet the current high demand for production and assembly capacity in Germany, “the strongest market in terms of e-mobility and the one with the greatest purchasing power.“ Wang has already brought in its SFM Bikes brands Saxxx, Saxonette and Ecooter as its first major customer. In addition, the former Sachsenring/Mifa brands Steppenwolf and Grace will continue for the IBD market. According to Zweirad Union, the portfolio is rounded out “by contract assembly of complete vehicles, painting or powder coating of frames and components, in-house and on-site repair services, logistics and warehousing services, and the reconditioning of lease returns.” More OEM production is obviously welcome. 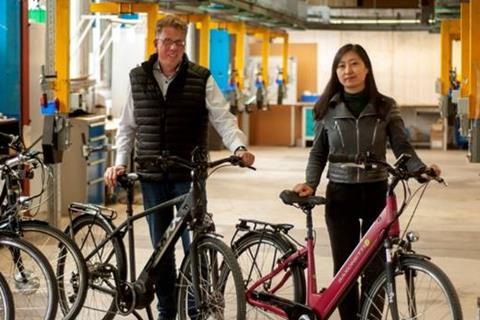