Change of the guard at Salomon

Michael White, the current 55-year-old chief commercial officer of Amer Sports, is going to take the place of a company veteran, Jean-Marc Pambet, as president of the Salomon brand on Jan. 1. Pambet will be working closely with White for the next couple of months to ensure a smooth transition before the British native takes over from the French executive at the beginning of 2020, relying on a strong management team. White’s successor at Amer will be named soon. 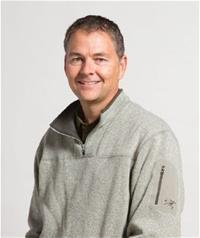 Pambet told us that his departure from Salomon is taking place in full agreement with Amer’s new owners, who are placing a lot of importance on the brand because of the 2022 Beijing Olympics and its strength in the outdoor sector. The change of the guard coincides with Pambet’s 60th birthday and the completion of a new business plan for Salomon for the 2020-25 period, which calls for a certain continuity in the strategies pursued recently and for higher investments in the brand.

He talked to us just before the inauguration of a new “experience store” for Salomon in Munich. Besides displaying the brand’s whole product range, the 300-square-meter store is designed as a meeting place for the outdoor community, offering workshops and get-togethers, allowing Salomon to reach outdoor enthusiasts in the urban environment. The store also has an area for shoe and boot fitting as well as running-gait analysis.

The opening of the Munich store follows the opening of new Salomon Premium brand stores in Paris and Madrid in the last eighteen months. A second Salomon store has just opened in Bardelona, located in the central Rambla de Catalunya, and another is planned for Lyon by the end of 2019.

While developing its direct-to-consumer operations - offline and online - Salomon is also striving to improve the collaboration with its retail partners after a major clean-up of the distribution, which led to a drop in revenues last year to €830 million, a process that has continued in 2019.

Sales are expected to rebound under the management of White, a multi-lingual executive who became chief commercial officer of the group in 2016, responsible for its direct-to-consumer operations. He developed a sophisticated matrix system to improve the sales structure in Europe after he became general manager for the EMEA region in 2008 and joined the group’s executive board in 2010. White joined Amer in 2005 as country manager for the U.K. and Ireland, after working in sales and management roles for various companies and running a British fashion brand, French Connection. In addition to the EMEA region, he took charge of the Americas in 2014.

Pambet has been the longest-serving top executive at Salomon after the brand’s late founder, Georges Salomon. He has been with the company for 34 years, starting in sales management roles for France and then for the EMEA region. In 2002, he was placed in charge of leading the brand’s diversification out of winter-sports equipment, branching out successfully into sports apparel and outdoor shoes, which have come to represent 70 percent of its turnover.

In the process, he built up the Annecy Design Center into the largest R&D facility within the Amer group, employing some 700 people in an area where Salomon had been manufacturing skis prior to its acquisition by Amer in 2005. The staff applauded Pambet for five minutes after he announced his retirement in an emotional speech last Tuesday morning.

Pambet said he has decided to go into “active retirement,” working for industry associations such as Outdoor Sports Valley and other non-profit-making organizations, but he is scheduled to leave as a vice president of the European Outdoor Group at the next Ispo Munich show. He said he plans to spend more time with his family and practicing sports, but might be open for board directorships in the future.