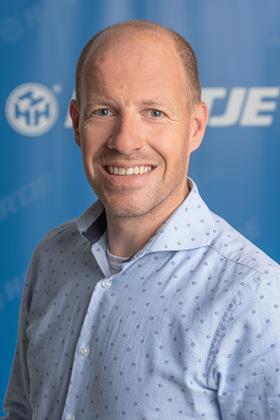 Hermann Hartje KG welcomes bicycle industry veteran Coen Bosch as a new executive to its ranks. Since May 1, he has been responsible for the export business of the northern German bicycle wholesaler, importer and supplier in the area of bicycles/bicycle parts. As export sales manager, the native Dutchman will be the link between Hartje KG and its existing and future sales partners. Bosch brings many years of industry experience to his new role. From 2018 to 2020, he was responsible for the parts & accessories business and its strategy at Europe’s leading premium bike supplier Accell Group. Prior to that, he spent nearly five years at former Philips subsidiary Lumileds (most recently as senior sales manager for Northern Europe). Most industry members, however, will know Bosch from his time at Apollo Vredestein. There, he worked for the two-wheeler division for more than six years. Bosch sees a lot of potential for Hartje to take on a larger role in the European market. Together with Hartje’s management, he is currently preparing the strategic direction for southern European markets such as France and Spain.