Juha Luhtanen, 51, became the new managing director of the Luhta Sportswear Company on May 4, taking the place of his older brother, Vesa Luhtanen, who has retired after many years at the helm of the Finnish-based family-owned company, previously known as the L-Fashion Group. The change of management has come with some significant organizational changes and a stronger focus on sustainability across the whole brand portfolio, which includes Luhta, Icepeak, Rukka, Torstai and Dachstein. 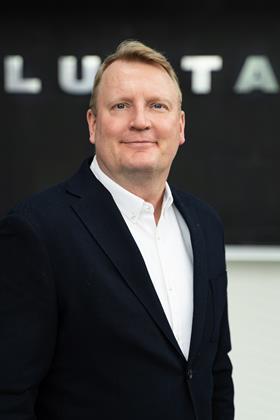 Juha has already spent more than 20 years with the 114-year-old company in various positions. Since 2007, when he became global sales director for the company’s sports brands and then took on the role of director of the sports division, he helped grow annual global sales by €130 million until Covid-19 struck.

The group’s total turnover fell by 16.4 percent to €204 million in 2020, with decreases of 22 percent in Finland and 15 percent in the rest of the world. Nevertheless, a drastic reduction in marketing expenses and radical cost-saving measures allowed the company to maintain an operating profit and some cash flow. The company even made a higher pre-tax profit of €6.63 million for the year, up from €3.39 million in 2019, thanks to proceeds of about €11 million from the sale of real estate assets and a €3 million equity increase entirely subscribed by members of the family.

The company’s own global retail operations generated sales of around €50 million in 2020 in Finland, Russia and China, and they are being restructured. The balance of the turnover came from the group’s wholesale business with its own brands. Sales declined by 7 percent in Germany, which remained the biggest market, but they fell by more than 20 percent in terms of euros in Russia, an important market where the group has its own sales subsidiary.

The closure of ski resorts in the Alps, where Luhta and Icepeak sell a lot of clothing, combined with retail closures, caused orders from Central European markets to drop by almost 30 percent in the last quarter of 2020. On the other hand, the first quarter of the new year was marked by excellent sales in the Nordic, Baltic and Russian markets, thanks to exceptionally cold weather and the lifting of Covid restrictions, leading Juha to forecast flat turnover for the present year.

Juha pointed out that the group managed to secure on-time deliveries in the past year, despite the Covid crisis, following investments of around €40 million that had been made in the previous five years on a new sourcing and quality control office in China and new logistic facilities in China and Finland. He indicated that the group would also support its retail clients in the near future with new investments in digital tools.

Meanwhile, Covid and the change in the top management have led the company to make some important strategic decisions, including a streamlining of its former fashion operations, which had been declining anyway, and the phase-out of Top Sport, a Finnish chain of multi-brand sports stores that it had bought in 2015 to help sell more of its own brands in the country. Besides the impact of Covid, which caused some temporary closures, Top Sport’s 14 remaining stores had run into problems, partly because the major global brands had decided to impose strict conditions as part of a more selective distribution policy that they had been adopting internationally. Starting with the next autumn/winter season, all Top Sport stores will be converted to a new Luhta Outdoor format for the Finnish market, offering mainly products for hiking and other Finnish outdoor lifestyles sold under the group’s own brands and some other Finnish brands. The chain will also have its own web store for the national market.

With the change of management, the group has also launched a new product-driven divisional structure. Instead of managing each brand separately, the group will run all its brands by product categories, specifically Active Sport, Sportswear, Footwear and Essentials.

All the sales made by the group under its various brands will also be managed centrally. Taking over some of the previous functions of Juha Luhtanen, the company has promoted Tuomas Tarvo as group sales director. A former manager of Adidas in the Nordic countries, he had previously worked for the Luhta group as area manager for the Benelux, the Baltics, the U.K. and Japan.

The group also appointed its first sustainability director, Tia Rantanen, on March 15. She previously worked for Ninyes, a new marketplace for responsibly produced children’s wear. The group has always been cultivating the principle of corporate responsibility and sustainability strongly, and during the last few years, it has strongly developed the approach with its Torstai brand, which is a member of the Fair Trade Organization. The group will now start to apply the learnings to all of its brands and the production partners, communicating that message more strongly.

Juha is rather optimistic about Dachstein, the Austrian brand of outdoor boots that it took over in two stages in 2018 and early 2019, after a major reorganization. The design is still made in Austria, but some unprofitable items made in Austria have been canceled, and all production now takes place in Italy and China under the group’s control. Sales have declined in Austria, but they have increased in other markets such as Germany, Switzerland, France, Finland and Russia, and deliveries have improved. When L-Fashion took over, it was making a loss on sales of about 15 million euros, but now it is expected to turn a profit this year on lower sales.