(SGI) Decathlon has reported a sales increase of 9.2 percent to €12.4 billion (before sales taxes) in 2019, with a gain of 9.1 percent in local currencies and including growth of 3 percent to €3.3 billion in the domestic French market.

Globally, the number of transactions went up by 8 percent. The world’s leading sporting goods retailer regained the dynamism that it had lost in 2018, when its sales grew by only 5 percent globally, declining by 5.0 percent in France, by 2.8 percent in Italy and by 3.0 percent in Spain.

As usual, some of the growth was due to the opening of new stores, whose total number went up by 139 units to 1,650 in the course of the year. Decathlon started new operations in Japan, Ukraine, Vietnam, Algeria, Malta and Serbia. In Japan, after inaugurating a store in Osaka, it will open a big store of 2,500 square meters in Tokyo in April, in time for the 2020 Olympic Games in the city. In France, the company changed its business strategy, after sales started to decline, by welcoming again some sports brands in specific areas of the country. As a result, Decathlon resumed its growth in the country with sales rising by 2.3 percent on a comparable store basis.

Overall, Decathlon made investments of €534 million in 2019, including its acquisition of Alltricks and Dita. It enlarged its presence to a total of 69 countries, 57 of them with directly owned physical stores, four through franchisees and eight via e-commerce or with local production facilities. (More in SGI Europe) 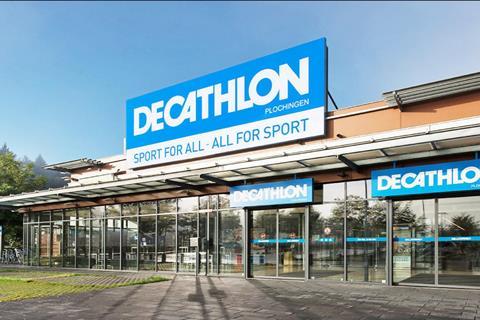