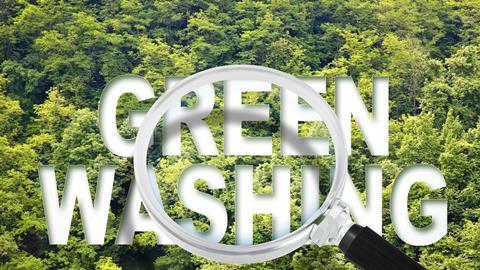 Greenwashing: The tide and the law are turning

It’s well-known that consumers are increasingly looking to a brand’s environmental credentials before purchasing, with many now using bold CSR claims to try and secure a share in the market. But have terms like ”green,” ”eco-friendly,” ”conscious,” or ”sustainable” lost their meaning? And could the casual use of such claims without any evidence have legal implications? Our independent legal consultant Rutger Oldenhuis outlines the legislation on greenwashing.

It’s a phenomenon often seen in advertising: exaggeration, also known as “puffery.” Typically, puffing is not regarded as misleading advertising, even though the claims cannot be objectively verified. “We serve the best sandwiches in town!” Everyone understands that such an advertising claim is completely harmless. For a long time, something similar could be said about environmental claims – ”green,” ”eco-friendly,” ”sustainable” –  used by corporates to market their products or services. [1]

However, in a relatively short period, the tide seems to be turning. NGOs, consumer initiatives, newspapers, activist shareholders, national authorities and the EU Commission are paying more and more attention to companies that use unsubstantiated or vague sustainability claims, also known as ”greenwashing,” with the European Green Deal an important driver. And with the recent Shell case, corporates with large carbon footprints may even have more to worry about.

In this article, I will briefly explain the current legal perspective of environmental claims used by corporates to market their products or services, in particular on a business-to-consumer level.[2] What is allowed, and what is not?[3] I will also briefly touch upon the Shell case, which may be the first of a new range of legal actions to be expected against climate change.

The legal basis behind “greenwashing”

In the EU, sustainability is covered by a patchwork of regulations and directives.[4] On a business-to-consumer level, the overarching legal basis (or ”safety net”) of ”greenwashing” can be found in Directive 2005/29/EC of the European Parliament and of the Council concerning unfair business-to-consumer commercial practices in the internal market (“UCPD”). However, if you search the UCPD for keywords like ”environmental,” ”sustainable” or ”greenwashing,” you won’t find any hits, despite the latest amendments made in November 2019. Indeed, it does not provide specific rules on environmental claims.

Nevertheless, according to the EU Commission Notice on the interpretation and application of the UCPD (“the UCPD Guidance”), the UCPD provides a legal basis to ensure that traders do not present environmental claims in ways that are unfair to consumers. Interestingly, the UCPD Guidance uses the word ”environmental” 123 times and includes the following definition of ”greenwashing”:

“The expressions ’environmental claims’ and ’green claims’ refer to the practice of suggesting or otherwise creating the impression (in a commercial communication, marketing or advertising) that a good or a service has a positive or no impact on the environment or is less damaging to the environment than competing goods or services. This may be due to its composition, how it has been manufactured, how it can be disposed of and the reduction in energy or pollution expected from its use. When such claims are not true or cannot be verified, this practice is often called ’greenwashing’.”

An environmental claim can be misleading if it contains false information and is, therefore, untruthful. The UCPD Guidance includes many practical examples, including the following:

Environmental claims are likely to be misleading if they consist of vague and general statements of environmental benefits without appropriate substantiation of the benefit and without indication of the relevant aspect of the product the claim refers to. For example:

Furthermore, traders should not distort claims about the composition of the product (including raw materials). For example:

Many more examples are explained in the UPCD Guidance, which can be used as a valuable source for companies who want to better understand the legal aspects of unfair commercial practices, including greenwashing.

Half of the green claims lack evidence

In January 2021, the European Commission and national consumer authorities released the results of a screening of websites (a so-called “sweep”); an exercise carried out each year to identify breaches of EU consumer law in online markets. That year, for the first time ever, the sweep focused on ”greenwashing.” The outcome was that half of the green claims lacked evidence. In many cases, sufficient information for consumers to judge the claim’s accuracy was missing. Claims included vague and general statements such as ”conscious,” ”eco-friendly,” and ”sustainable,” which were often unsubstantiated.

The sweep was not without consequences for Decathlon and H&M. They were publicly reprimanded by the Dutch surveillance authority for using vague and unsubstantiated environmental claims. Both companies donated €400,000 and €500,000, respectively, to charities as penance and promised they would adjust their environmental claims. The Dutch authorities refrained from further penalties.

Which environmental claims are allowed?

As a rule of thumb, consumers must be able to trust environmental claims put forward by traders. Consequently, in order not to be misleading, environmental claims must be ”truthful, not contain false information and be presented in a clear specific, unambiguous and accurate manner.” The UPCD contains the following example:

The UCPD clarifies that any claim (including environmental claims) should be based on evidence that can be verified by the relevant competent authorities. Traders must be able to substantiate environmental claims with appropriate evidence. Consequently, claims should be based on robust, independent, verifiable and generally recognized evidence that takes into account updated scientific findings and methods. The burden of proof regarding the accuracy of the claim rests on the trader. Enforcement authorities have the power ”to require the trader to furnish evidence as to the accuracy of factual claims in relation to a commercial practice.” Independent third-party testing should be made available for the competent bodies if the claim is challenged. If expert studies give rise to significant disagreement or doubt over environmental impacts, the trader should refrain from the claim altogether.

Could greenwashing lead to a product recall?

Environmental product risks can be a reason for having to recall products from the market. That may, for example, be the case if a product contains certain hazardous substances in too high volumes. Whether greenwashing could lead to a recall depends on the circumstances of the case.

Volkswagen recalled millions of cars after admitting they had used a ”defeat device” to cover up the actual pollution levels (also known as ”Dieselgate”). Another example of corrective action may be the obligation to change product and packaging due to incorrect labeling. Consumers may be entitled to get a refund based on consumer law (e.g., based on non-conformity). The result is de facto the same as a recall.

A corporate’s social and environmental responsibility may stretch a lot further than its commercial practices vis-à-vis consumers. The Shell Group (“Shell”) is one of the world’s largest producers and suppliers of fossil fuels. The CO2 emissions of Shell, its suppliers and customers exceed those of many countries. This contributes to global warming, which causes dangerous climate change and creates serious human rights risks, such as the right to life and the right to respect for private and family life. It is generally accepted that companies must respect human rights. This is an individual responsibility of companies, which is separate from state actions.

On May 26, 2021, the Hague District Court in the Netherlands ordered Shell to reduce the CO2 emissions of the Shell group by a net 45% in 2030, compared to 2019 levels, through Shell’s corporate policy.[5] This order has been given in proceedings initiated by seven foundations and associations and over 17,000 individual claimants. According to the court, the claimants were right to believe that Shell takes insufficient action, acts unlawfully, and should do more to reduce CO2 emissions. Shell’s reduction obligation follows from the ”unwritten standard of care” laid down in the Dutch Civil Code, which means that acting in conflict with what is generally accepted according to unwritten law is unlawful. From this standard of care follows that when determining Shell’s corporate policy, Shell must observe the due care exercised in society.[6]

The following scientific evidence was used in the Shell case:

The inconvenient truth is that we need laws (written and unwritten) and Green Deals to stop greenwashing and push corporates to implement truly sustainable practices. The Shell case shows that, regardless of using environmental claims (true or false), companies may be legally forced to take appropriate measures across their supply chain to protect the environment. This raises the question of whether more court cases like the Shell case can be expected.

Rutger Oldenhuis LLM is an independent, experienced and seasoned business lawyer. He advises clients in a variety of legal areas and specializes in product safety and compliance-related matters. He is the founder of RecallDesk, a one-stop-shop service provider in the field of product recalls. RecallDesk is a proud partner of the World Federation of the Sporting Goods Industry (WFSGI). You can contact Rutger at rutger@recalldesk.com.

[1] Another issue is the jungle of green labels used for products. It is difficult for consumers, companies and other market actors to make sense of the many environmental labels and initiatives on the environmental performance of products and companies. According to the EU Commission, more than 200 environmental labels are active in the EU, and more than 450 are active worldwide. There are more than 80 widely used reporting initiatives and methods for carbon emissions only. However, this falls outside the scope of this article.

[2] The upcoming new or proposed legislation in the field of sustainability, which forms part of the EU Green Deal, falls outside the scope of this article.

[3]  For writing this article, I made grateful use of the UPCD Guidance as one of my main sources.

[6] Shell has lodged an appeal against the ruling, which is still pending.