With plans for a £352 million investment, UK Sport, the government agency responsible for investing in Olympic and Paralympic sport in the U.K., has announced Progression Funding for seven sports - including climbing - to discover and support the champions of tomorrow. The British Mountaineering Council (BMC), the government-recognized representative body for climbers, hill walkers and mountaineers in England and Wales, announced that it has successfully bid for UK Sport’s Progression and Podium Athlete Funding from UK Sport to make investments in the GB Climbing Performance Pathway, a program to develop new talent. GB Climbing is an internal department of the BMC, in conjunction with Mountaineering Scotland and the Association of British Climbing Walls, that runs the GB Climbing Team. The BMC in turn manages the GB Climbing Team (including the sports climbing, ice climbing and paraclimbing teams), the performance pathways programs as well as national and international competition events in the U.K.

The increase in funding is a boon to all professional athletes and will also provide a clear path to Olympic success for those grassroots competitors who are just beginning their journey with the hope of one day competing on the international stage.

The UK Sport Podium Athlete funding will allow GB Climbing, in partnership with the English Institute of Sport, to continue to support Shauna Coxsey, U.K.’s first future climbing Olympian, to Tokyo and beyond. The latest announcement is the third commitment of support to GB Climbing by UK Sport, building upon the previous Aspiration Funding and the more recent Continuity Funding.

With the help of UK Sport, Sport England and other partners, the BMC plans to use the funding to put athletes at the heart of a plan to achieve their potential dream of Olympic or Paralympic participation. 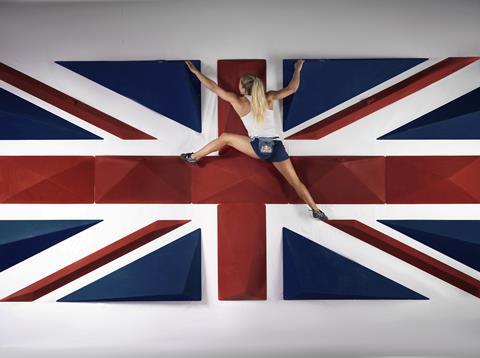