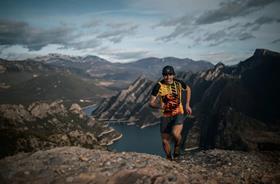 La Sportiva has expanded its mountain running team with the arrival of Jan Margarit, Mimmi Kotka and Alexis Sevénnec. Margarit, 23, was born in Matadepera, near Barcelona, and made his debut in trail running in 2015. Kotka, a 39-year-old athlete from Sweden specializing in ultrarunning, began competing in 2014 and has won races such as the CCC, TDS, Madeira Island Ultra-Trail and Ultra Pirineu. Sevénnec, 33, was already part of La Sportiva team during the winter season. The Frenchman from La Tour-du-Pin is a versatile athlete who competes both as a ski mountaineer and a skyrunner.