This last week saw the British Outdoor Industry (OIA) have their annual gathering (to go through the financial reporting on their trade body) and bring together their membership – based on the principle that if the trade works together, more can be achieved. It was at the same event in March 2020 that a live stream was received from the Prime Minister’s Office advising that in a couple of days, lockdown would start, so for this to be the first in-person conference marked a closure to the disruptive life we had been following. The OIA had organized the first trade fair on the last days of June as restrictions lifted; it was well supported as everyone wandered around wearing masks and bumping fists. The conference followed ten weeks later and facemasks were off, hands were shaken; the new normal had started – but the elephant in the room was still the qualms of Covid. Robert Brigham, OIA chair, had done well in what can only be described as a disrupted period. 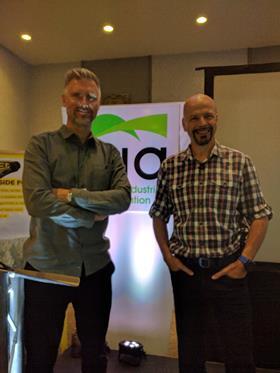 If ever there was a time to be grateful for a trade body: this was it. Andrew Denton, the OIA CEO, reported what the association had been involved in during lockdown. The biggest ”win” was that lobbying had prompted the Prime Minister always to include an exception while spelling out the restrictions that everyone should get outside for personal exercise regularly. To hear Johnson read out the words penned by the OIA press officer meant that the power of outdoor activity had been recognized for both its physical and mental benefits.

Although everyone’s budgets had constricted during the previous 18 months, it was pleasing to see that the association’s membership had grown. As a community interest company, profit is not the main focus, but service for the membership. 2020 marked the 10th year of growth and there were plans for further activities. The trade body would be working with the Snowsport Industries of Great Britain to stage a winter version of the OutdoorTradeShow.com so that winter orientated equipment and apparel would get a better exposure as the attraction of more localized trade exhibitions had been seen to grow. There had been little change to the board of the association, but Sam Fernando of Keela had stepped up from the development board to become vice-chair of the main board. The latter had made progress in terms of Diversity & Inclusion, communications and environmental agendas.

The presentations followed grouped into three segments: Sustainability, Staycation and Diversity, led off by Pauline Shepherd of the European Outdoor Group. Sustainability ranged from Scott Nelson giving an update on the EOG’s Single-Use Plastic project, to Planet Neutral’s overview towards the growing climate crisis and Charles Ross highlighting the new generation of fabrics from ReGenerative Agriculture that absorb more carbon that their creation emits.

The staycation part celebrated how the British Outdoors had taken on the challenge of the new cohort wanting to adventure within their own country (the easiest answer was integrated virtual systems!), as well as Martin Chester’s report on how the demand had been documented for good practice.

The opening day ended with a social dinner at which mountaineer Rab Carrington addressed the assembled about how much had changed within the industry from when he started out making down garments. 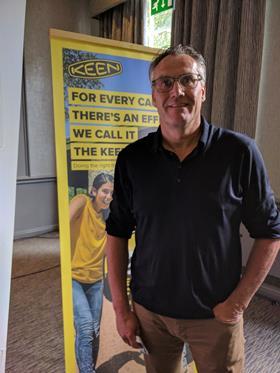 Day 2 opened with the keynote from John Jansen of Keen sharing the philosophy and action that the footwear brand had embedded in the growth of their brand. John has also been chair of both EOCA and the EOG, so his wise words were appreciated. The key statement centered on how there would be no business if there was no Outdoors – thus it was key for brands to act holistically. The following CEO report from the OIA highlighted how the organization had transformed from just organizing trade shows to now having 30 percent of its membership not selling any product. Extra channels, like the creation of OutdoorGearForGood.com, had grown to the extent that they had become the second largest donator to EOCA in terms of funding (after just one year of operation).

The 3rd theme was led by the mainstream channel presenter Keme Enzerem who revealed how his love of the outdoors was nurtured from school days on dry ski slopes; followed by the findings of the Carnegie Great Outdoors study into participant research; and a paper on how to speak to the diversity without patronizing it. This session ended with a panel discussing points brought up by the (embarrassingly) mainly white male audience. Full marks should go to the organizers for directly addressing this problem; if parameters change, it will bring a new cross-section of the population to become outdoor advocates.

There was a buzz within the attendees from both rekindling relationships, but also being challenged to work towards increasing the reach and power of the industry. It would be too easy to just focus on rebuilding one’s own brands, but the chance to build back better for the whole of the outdoors was there. If this industry is to spread its influence, both working together in a trade body and addressing those areas of previous neglect need to improve. For the British, there is no better start point than looking at environmental matters, the new trend from holidaymakers, and broadening the reach of those participating…