German-Austrian bike brand Nox Cycles, which set its course towards e-bikes in 2015 and founded Nox Cycles Austria GmbH based in Zillertal two years later, is currently attracting attention. Last year saw the launch of the construction of “Fort Nox”, a state-of-the-art, sustainable and resource-saving administration and production building with showroom and test center on an area of 3,500 square meters directly at the entrance to the Zillertal in Schlitters (investment sum around €3 million), and now the company wants to boost its growth and expand its competitiveness with the help of crowdfunding investments – funding target €250,000. After all, the company with Berlin roots says it has seen sales increase by “between 60 and 80 percent” per year since focusing on e-bikes. 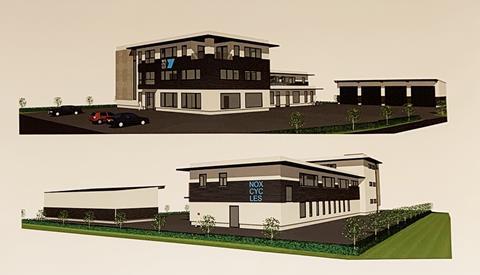 On both the German and Austrian Conda crowdfunding platforms, Nox Cycles currently entices investors with a so-called “early bird” interest rate of 6.5 percent (6 percent thereafter). Private individuals can subscribe online to investment sums between €100 and €25,000. Interest payments are to be made semi-annually (in the event of positive equity and positive annual results from June 30, 2022). The contract term of the subordinated loan is designed for approximately five years. Currently, the niche brand’s crowdfunding concentrates on those markets the company is focusing on. Once these markets are fully conquered, Nox intends to gradually open up other European country markets.

Part of the crowdfunding will be used to complete the aforementioned “Fort Nox” building, scheduled for the end of 2021. The new HQ is expected to provide the necessary resources for the company’s further growth, including around ten additional jobs for the team, which has now grown to 22 employees. To make the €3 million project as sustainable and energy-efficient as possible, a photovoltaic shop front will be used in combination with a heat pump. Solar-powered e-car and e-bike charging stations are also in planning. In addition, due to the huge increase in e-bike demand, “expansions in production and storage capacity, as well as immense upfront investment on the part of the manufacturer to purchase components, will be necessary.”