The group’s two biggest footwear brands, Merrell and Sperry, helped Wolverine World Wide finish the last year on a high in terms of revenues, with both of them scoring growth in the mid-teens for the fourth quarter ended on Dec. 28. The company also benefited from an acceleration in direct-to-consumer sales and a solid expansion outside the U.S.

However, the group ended the quarter with a loss due to charges related to a lawsuit over contaminated drinking water in western Michigan, where the company is based. It is accused of having dumped chemicals — known as perfluoroalkyl and polyfluoroalkyl substances or PFAS —decades ago.

The Wolverine group booked a net loss of $0.5 million for the quarter after a $64.4 million charge related to the environmental clean-up, compared with a net profit of $39.3 million in the year-earlier period. The gross margin fell by 1.4 percentage points to 37.8 percent. The adjusted operating profit of $61.3 million for the period was just below the prior-year level of $62.1 million.

Investors reacted by lowering the company’s share value by just over 4 percent, but observers felt that this was due more to fears about the spread of the coronavirus outbreak to an increasing number of countries, which have impacted stock exchange indexes worldwide.

In releasing its guidance for 2020, Wolverine’s management said it expected the coronavirus to reduce its revenues by $30 million and its profits by $10 million in the first half of this year. Less than 2 percent of its global turnover will come from China this year. The company has diversified its supply chain away from China in recent years and in 2020, the country is expected to represent less than 20 percent of its global production, down from around 40 percent in 2019, partly because of the higher U.S. tariffs on Chinese products.

During the past year, the group intensified its efforts to expand outside of the U.S., with the acquisition of Saucony’s former Italian distributor, Sportlab, and setting up a joint venture with Xtep International, one of the major Chinese sporting goods companies, to distribute Merrell and Saucony footwear, apparel and accessories in China, Hong Kong and Macau. Wolverine allocated extra investments of $40 million for the Italian takeover and the addition of new stores in Greater China.

The group said it is also reaping benefits from consumer insights, faster product development cycles, the development of omni-channel capabilities and other initiatives to improve margins related to its transformation plan dubbed “Global Growth Agenda.”

During the fourth quarter, Wolverine recorded growth of 21 percent at its own e-commerce platform and more than 10 percent across international markets, with gains in all regions.

Total revenues for the three months ended on Dec. 28 across the group’s entire portfolio of 12 footwear brands were up by 4.8 percent from the year-ago quarter to $607.4 million, with growth of 5.1 percent in local currencies.

Merrell’s growth in the quarter was spread across all regions, channels and in both the lifestyle and performance categories. Sales on Merrell.com jumped by around 25 percent. Nature’s Gym, the brand’s most athletic category, which includes the Nova and Antora collections of progressive trail running styles, also performed well. So did the lifestyle category, thanks to new collections such as the Alpine Sneaker, Juno Clog, and Hut Moc.

Cat’s growth was led by the EMEA and Latin America regions, along with a jump of almost 55 percent in online sales.

The so-called Boston Group had a 1.6 percent sales boost on a currency-neutral basis in the fourth quarter. Sperry grew by mid-teens, as it delivered sales increases across all channels, with sales of boots experiencing a 50 percent surge. The brand’s retail revenues climbed by 20 percent online and by 60 percent through its growing network of physical stores.

Inside the Boston Group, Keds grew by a low-single-digit rate, but this was offset by a low-double-digit decline for Saucony, hampered by significantly lower closeout sales. However, Saucony recorded gains of nearly 10 percent in its core technical category and more than 25 percent in e-commerce, and the management said it believed that the running brand’s decline has “turned the corner.”

For the full financial year, the group’s revenues advanced by 1.5 percent to $2,273.7 million, or by 2.3 percent in constant currencies, while the gross margin decreased by 0.5 percentage points to 40.6 percent. The PFAS settlement pulled net income down by 36.0 percent to $128.9 million.

In 2020, Wolverine’s revenues are expected to reach a level of between $2.29 billion to $2.34 billion, representing a growth of up to 3 percent in reported terms and 3.5 percent in constant currencies. The gross margin should stand at 41.0 percent. Based on the management’s forecast for earnings per share, the group’s net profit should go up to around $172 million, in spite of extraordinary charges of around $30 million.

Wolverine still has a mid-term goal to grow its own DTC businesses to 30 percent of global revenues as it continues to leverage the investments made in the e-commerce platform and model brand stores. It is also committed to annual double-digit growth from its international businesses over the medium term, based on investments in Europe and Asia-Pacific. It will also be looking at other markets for further expansion. 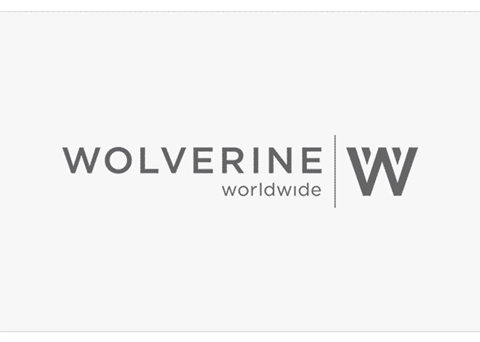