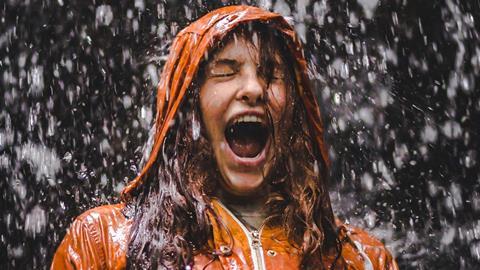 Is being waterproof the most important part of our apparel?

The outdoor industry has been characterized by the hero product made from Gore-tex (other shell materials are available). Is this really the focus of design thinking that should be championed? One of the great marketing case stories of the last 30 years is that those seeking to equip themselves now ask, ”Is it waterproof?” instead of ”Will it keep me dry?” – is that the power of marketing?

The difference is the permeability. So many users think that their garments are leaking when they get a build-up of dampness on the inside, not realizing that it is their own perspiration condensing as the breathability is not as good as they think it is. The black magic of waterproofs is based around four variables: the amount of perspiration, the outside humidity, the membrane, and the Durable Water Resistant finish.

Almost too much attention is paid to the latter DWR as this is what does change when it gets contaminated by dirt – whether it is internal detritus or external factors (thus, the best way to revitalize most waterproofs is just to wash them in a soap solution – one that is not a detergent). Microporous systems have the best track record, but when the outer fabric “wets out,” their permeability rate sinks – at least hydrophilic systems do not suffer so much. Membranes are more durable than coatings; the three systems that stand out are the tiny holes of the microporous championed by Gore-Tex; the moisture vapor that travels along the inside of the yarn of the hydrophilic material like Sympatex; and the better permeability of the electrospun membranes like FutureLight and NeoShell.

The advertising has led to much disappointment as the principle of all membranes are influenced by two main factors – the push of it being warmer on the inside of the garment, so there is a “pump” effect pushing the water vapor out, plus what the outside humidity is. The lower the latter is (like in the Alps and the Himalayas), the faster the equalization of moisture levels. However, if it is raining on a coastal peak and the outside humidity is above 95 percent, the humidity inside the garment must be above that level for the membrane to work.

Over the past decade, one of the bigger distractions has been the development of PFC-free DWRs while ignoring that same forever chemical is used in the production of microporous and electrospun membranes. Gore has made progress, now offering a PFC-free membrane manufactured from ePE, but the permeability rate is reduced compared to their more traditional PTFE membranes.

From a sustainability point of view, the mono-material like the polyester hydrophilic membranes combined with woven polyester face fabrics win (as long as the glue used is also PET), while the PTFE is at the other end of the scale. Rüdiger Fox makes a strong point in the current Sympathy Lab discussions that it is not unreasonable for all the synthetics to be sourced from recycled stock. Brands like Patagonia and Norrøna already champion this for their face fabrics, while Rab has gone further with mono-material waterproofs and even uses recycled Down in some garments. The rise of Re:Down is well-timed. Dimpora have also developed a microporous membrane from various substrates, without having to rely upon the dangerous chemicals, so that a mono-material polyamide could be used.

Alongside the rise of waterproof breathable garments has been the development of modern insulations – which has meant that outdoor enthusiasts are often too warm for when they start the aerobic activity. Fortunately, layering systems and some more permeable insulations have allowed for more comfort levels. If clothing systems are broken into the three layers: baselayer, insulation, and the shell – it is the garment closest to the skin that has made the most noticeable difference to the personal comfort levels as drawing the dampness away means that the supercooling effect of dampness (heat conducts away 38 times faster in moisture than in dry air).

Synthetic baselayers led the way and are still the default choice for high perspiration, but Merino has become the popular choice – it wicks away the sweat through the inside of the yarn (just like a hosepipe – you do not feel the dampness). Insulations have also been revitalized over the last five years with Polartec Alpha’s development – designed to maximize the transmission of dampness, plus wool being reintroduced (this time a more durable version from Lavalan or HDWool).

The Outdoor Industry has been too focused on the waterproof shell that stops the ingress of outside weather coming inside the garment, but perhaps we have all missed a trick as it is the personal comfort level of the more important user – that usually means staying dry on the inside by dealing with the perspiration better? Vikings were able to deal with the elements when they went westward through the ocean using elements from the natural world (capes made from turf and such were used).

The U.K. is known for being wet, but the most popular brand used by dog walkers (who go out at least twice every day, no matter what the weather throws) is Paramo – which is not even waterproof according to ISO testing. Perhaps soft-shells would be better appreciated by those, not summiting alpine peaks? 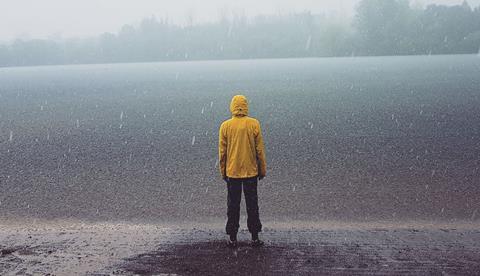