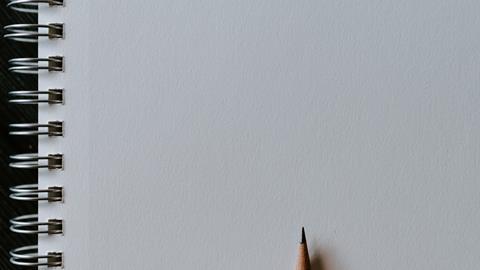 Learning from experience: How one startup discovered what’s in a (brand) name

The underlying goal of a brand name is to trigger a reaction. How do you make sure it’s the right one?

History is littered with naming blunders from some of the world’s largest brands who continue to thrive and enjoy global dominance today. When mighty Coca-Cola entered the Chinese market in 1928, efforts to phonetically match the brand’s pronunciation in English translated to “bite the wax tadpole” or “wax-flattened mare.” Swedish brand, Electrolux fell victim to American slang with its tagline “Nothing sucks like Electrolux,” and Clairol gave Germans a laugh when it introduced its “Mist Stick” curling iron in 2006 (“mist” being the German word for manure or excrement). Of course, there was nothing wrong with the advertised products, in fact, if anything, the flubs may have fueled the argument that there’s no such thing as bad publicity.

Continuous Preforming of Composite Profiles, or COPRO, was the working name used by a team of engineers at the Deutsches Zentrum für Luft und Raumfahrt (DLR or German Aerospace Center) during a period of development that started in 2016. “This was the name of the technology when we were developing the process at the DLR,” explained Arne Stahl, one of the company co-founders. “We thought that it would be a good company name because it was already established.” Later they learned that the technology’s meaning and significance got lost when it became an acronym.

Stahl and his cofounder, Henrik Borgwardt, developed this process to mass-produce carbon fiber bicycle wheel rims in Germany with more precision and less waste than traditional manufacturing methods. By comparison, every commercial rim currently on the market is constructed using dozens of carbon fiber ply cuts, which fail to produce a continuous ply around the rim and generate excess waste from scrapped material. Borgwardt and Stahl’s process rolls continuous strips of precut carbon fiber tape into molds through an automated process that positions the material in the exact same place every time and guarantees that the fibers have the same orientation for each rim. This is crucial to the product’s strength. The team also uses dry carbon fiber fabric instead of prepreg carbon fiber, which must be stored at freezing. In addition to simplifying storage, the material strips are exactly the same width as the rims so there’s less waste, which also keeps their prices competitive.

What’s in a name

With a proven production process and sound products, Borgwardt and Stahl quietly launched the first COPRO Lilienthal AM 29” mountain bike rim in May 2020. Emboldened by the success, they added the Lilienthal XC and XE to the product range and made a public debut in March 2021. Reaction to the name was swift, especially on PinkBike.com, a website dedicated to off-road cycling with a loyal audience equally dedicated to exposing the facts. While COPRO as a long-form name makes sense, in English the acronym is a prefix referring to dung or feces. Riffs on the name peppered the comments section until the joke played out and readers moved on to debating the rims’ merits.

After the embarrassment, the team moved quickly to rebrand, which was less of a setback and more of a pivot. The Lilienthal range became the brand name and is an homage to pioneering German aerospace engineer, Otto von Lilienthal, who built one of the first flying machines. “The idea was to have product ranges under the COPRO brand (i.e., COPRO Lilienthal), but due to public reaction to the name, COPRO was dropped in favor of Lilienthal,” Borgwardt said. Lilienthal has proven that it can quickly and adroitly adapt to change so it’d be reasonable to expect the young brand to invent a new solution to naming its expanding product range.

Advice for other startups

While Lilienthal may have unintentionally gained from the experience, the founders probably neither needed nor wanted the headache that forced them to rebrand the business. To avoid the same fate, startups are advised to engage multilingual translators and interpreters with experience in the related industry. Leave nothing open to interpretation, parse every piece of text that will be associated with the brand and cross-check it with people you trust to have your best interests in mind.