Like all Asian manufacturers, the Taiwanese bike saddle manufacturer DDK Group has been overwhelmed by much higher production demand than expected. Not only is DDK’s factory in Changhua, Taiwan, running at full capacity, but the group’s factories in Nantong, China, and in Thủ Dầu Một, Vietnam, are also overloaded. The capacity of the factory in Vietnam was actually planned for an annual production of 10 million saddles. However, production is currently at 15 million units. In addition to the new demand, the situation is further complicated by the need for skilled workers. Hand-stitching saddles is difficult in terms of craftsmanship and not easily scalable. Although DDK has already hired 400 additional local workers for Vietnam, it will take several more months for these workers to start working - and even then, they will not be enough to meet demand. As a result, DDK Group announced that it will respond to increasing production demand by expanding its production capacity with two new factories in Vietnam.

First, the company has reacquired its original factory in Bình Dương Province (north of Ho Chi Minh City). Although the total production capacity of this factory is only 3 million units per year, it has the advantage of having many local workers who have previously worked there and have the necessary skills. “Because of this, DDK will be able to begin delivering saddles from this factory in August 2021. This will relieve some of the pressure on the DDK VN1 factory,” assures DDK Group CMO, Joy Sung. Second, DDK is building a completely new factory – DDK VN2 – in the Minh Hung Industrial Park (about 90 km north of Ho Chi Min City), designed for an annual production capacity of 15 million saddles, but most likely limited to 6 million saddles initially. It will be operational in August 2022. “While DDK will continue to struggle to meet near-term demand, the situation will abate somewhat in the coming months, and be fully resolved by the end of 2022,” Sung said. 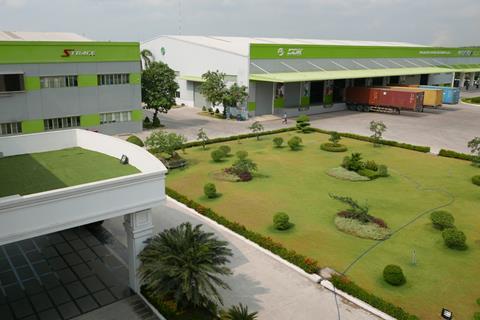 Responding to increasing demand for bicycle saddles by adding two more factories to the existing DDK Group facility in Vietnam.