(SGI) Following a comprehensive investigation, the German Cartel Office has concluded that the planned acquisition of SportScheck by the Austrian-based Signa Retail Group via its Galeria Karstadt Kaufhof subsidiary can go ahead as the new conglomerate stemming from the transaction will have a market share of less than 15 percent in the German sporting goods market.

The anti-trust authority also concluded that Signa will have a market share in the sector of less than 30 percent in any region of Germany. Even its online retail activities, which contribute a lot to the total turnover, suffer from the competition of Amazon and other pure players.

With the acquisition of SportScheck, Signa will become the largest integrated sporting goods retailer in Germany, followed at a distance by the Decathlon chain. It will still remain smaller than the two leading buying groups, Intersport and Sport 2000, in terms of retail sales. SportScheck is the biggest retail member of Intersport Germany, whose management believes that it will continue to work with it for several reasons. (More in SGI Europe) 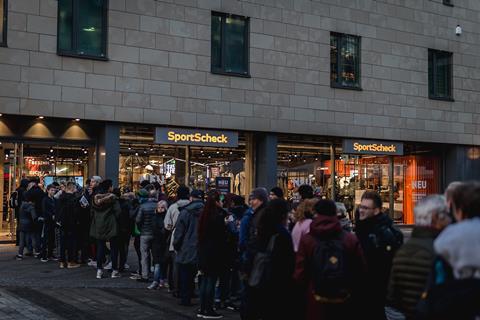