On March 2, British bicycle care and lubricants manufacturer Weldtite Products Limited was sold for an undisclosed amount in a management buy-out (MBO) led by current managing director, Paul Davis. Davis acquired the majority of Weldtite’s shares from the Bennett-Baggs family, which had owned the company, originally founded in the 1940s, for many years and still manufactures many Weldtite products in the U.K. About three years ago, then co-owner and managing director David Bennett-Baggs had hired Davis, the current managing director, as part of his own long-term retirement and succession planning, eventually giving him the managing director role and control of the company. Bennett-Baggs will now remain with the company through the end of 2021 as a consultant, helping with ongoing special projects. Davis, meanwhile, has overseen a successful program of targeted growth and investment in the Barton Upon Humber-based brand’s product range, marketing and manufacturing facilities since joining Weldtite. The investments and renewed leadership efforts have resulted in a sustained and accelerated period of growth, “creating ideal conditions for an MBO.” 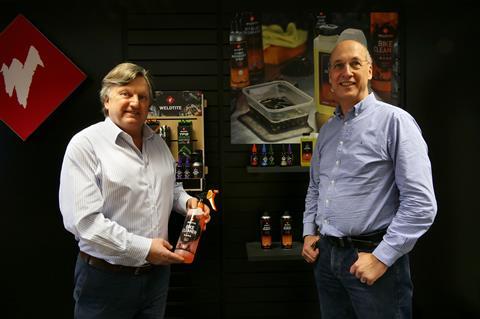