Organized crime reaches the bicycle business: Theft at BFI leads to millions in damages, and to delays

The delivery problem in the bicycle industry seems to open a new business field for organized crime. On Jan. 21, the Czech bicycle manufacturer Bike Fun International s.r.o. (BFI) lost key components (including long-awaited Shimano brand parts) when an entire truckload was stolen from Germany. To warn other manufacturers, the company decided to communicate this multi-million Euro loss - “because it could happen to them too.”

The heist took place at a highway rest area in Germany during a truck driver’s break. “The incident was carried out by a well-organized group who, by all indications, must have planned the whole thing well. In all likelihood, the truck had been followed from the time it was loaded, the thieves waited for the driver to take a rest break, and then the perpetrators put him to sleep with the gas let into the cab. Finally, they disguised the evidence in the cargo area with a fire extinguisher to prevent the seizure of the trace,” BFI said. “Of the cargo, which consisted mainly of expensive e-bike and bicycle parts, only nine boxes of low-quality components remained in the truck,” BFI supply chain manager Petr Krkoska said. “This will delay the production of some models by almost a year, as there is no alternative on the market for many of the parts from this shipment. We are a strong and stable company, so this is just another obstacle of many we have faced in recent years, but if this were to happen to smaller manufacturers, it would be the end for them.”

As a result of the heist, independent bike shops and customers will unfortunately have to wait (even longer) for some models from BFI’s own brands Superior and Rock Machine, as well as some other brands for which BFI does assembly work.

“We really haven’t experienced this situation before. Even Shimano has never faced a targeted robbery of a shipment on a similar scale. We hope that these cases will not be repeated due to the lack of parts, because despite all the measures we have taken, no insurance company can compensate us for the damage and, above all, the reputation of the delayed delivery,” said Krkoska. 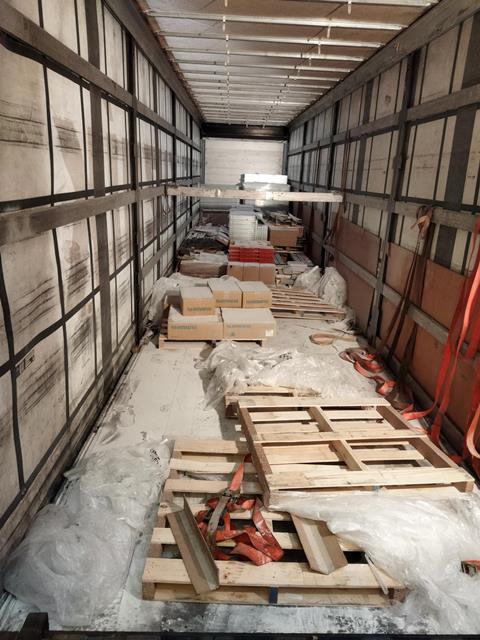 The robbers only left nine boxes of low-end components in the truck.