ReGenerative Agriculture (ReGenAg) is becoming a buzzword with several brands: Patagonia is using this type of cotton, Finisterre is sourcing the wool, Timberland – the leather, while The North Face (TNF) has already launched product using this wool but is currently integrating the cotton within their supply chain. The trend all this millennium has been to reduce the footprint of products – could this be the tipping point to change?

What is it all about?

It was highlighted as the solution in David Attenborough’s “A Life on Our Planet” film: it is about returning to a more traditional way of farming rather than the mono-crop factory-like producers. Farming using fertilizers and pesticides reduces the amount of labor required: the drawback is that it wears the topsoil. Reports state there are 30 to 80 crops left in the ground as the nutrients are removed and the dirt is washed away. The Patagonia film “Artifishal” (full movie below) demonstrates the longer-term problems of using the wrong chemicals, no matter how big it makes the fish. 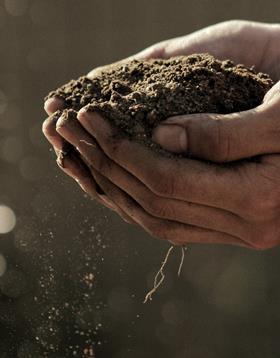 ReGenAg is a way to reverse this. It centers on restoring the local biodiversity, improving soil health, creating a better irrigation system and setting up a carbon sequestration system. It means hedgerows are back, underneath the ground, it is thick with roots that act as a “soil sponge,” and the rivers meander around the bends rather than resemble straight irrigation channels.

Converting a cotton crop to GOTS (Global Organic Textile Standard), it takes three years for the chemicals to work their way out of the land before organic status is qualified. With ReGenAg, an Ecological Outcome Verification is carried out and must be repeated each year to gauge that the soil health is improving. The longer the roots, the more water can be held onto, the more carbon is sequestered (photosynthesis is when CO2 goes into the plant, but 02 is released back to the air as the Carbon is stored in the ground). The earth stores three times the amount of carbon as the atmosphere. The larger the plants grow above ground, the longer the roots are. With shorter crops like grass, the livestock is moved on a regular basis, so it is not grazed down; hence longer roots continue to exist as the grass regrows. Crop rotation helps: letting animals graze means the feces are putting nutrients straight back onto the land – plus the tramping of them into the soil injects the matter to the heart of the ecosystem.

Patagonia switched to organic cotton in the 90s; now, the company is progressing to ReGenAg cotton. When TNF used ReGenAg wool, their beanie repeatedly sold out; now, they are switching to this type of cotton. Timberland’s Earthkeepers range is the first to use the leather. Finisterre has just won an ISPO Gold Award for their HDWool-lined BioSmock. The amount of ReGenAg wool used to insulate a winter jacket is sequestering around 100kg of carbon; if all natural materials were switched to ReGenAg sources – then the effect would be measured in tons. Taking carbon out of the atmosphere reduces global warming, allowing some clothing to be climate positive.

The author, Charles Ross, is a textile specialist based at the Royal College of Art in London; he has taught Performance Sportswear Design to the next generation of Outdoor Industry designers for over two decades. His mantra is “Sustainability through Longevity.”