Bezos hands over leadership of Amazon

Jeff Bezos will hand over the chairmanship of Amazon’s board in the third quarter of 2021 to Andy Jassy, the head of the cloud business Amazon Web Services (AWS). Amazon made the announcement on Feb. 2 after the U.S. stock market closed in Seattle. 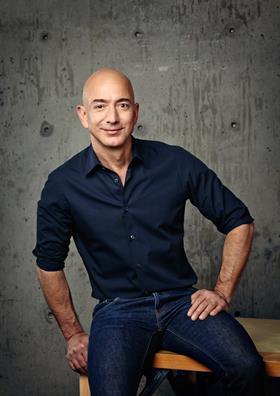 Bezos founded Amazon in 1994 and built the company from an online bookstore into a trillion-dollar corporation. According to Bloomberg, with an estimated fortune of $188 billion (€155.4bn), Bezos is currently the second richest person in the world.

The corporation is currently more “inventive” than ever before, Bezos stated. “This is the optimal time for a handover.” However, the 57-year-old is likely to continue to exert a great deal of influence thereafter as executive chairman of the board of directors, which is superior to the executive board. Amazon did not provide more specific details about the future scope of his responsibilities. While Bezos is staying involved with the company, he has also made it clear that his priorities have shifted. He wants to pay more attention to other things, such as his aerospace company Blue Origin, which has been on the rise lately.

Excellent financial results accompanied the news. The massive increase in online orders during the pandemic gave Amazon record sales in the fourth quarter (Oct.-Dec.). Revenues rose by 44 percent to $125.6 billion (2019: $87.4bn), much higher than any forecasts by analysts or the company itself.

Few companies are benefiting as much from the effects of the pandemic as Amazon. The retail business received an additional boost in the Christmas quarter from the Prime Day shopping event’s shift from summer to October. The AWS cloud business also enjoyed strong demand, the company said.

For the ongoing first quarter, Amazon is forecasting revenue of $100 billion to $106 billion, which would represent a 33 percent to 40 percent year-over-year increase. Operating profit is expected to be $3.0 billion to $6.5 billion, up from $4 billion previously, including Covid-19-related costs of up to $2 billion.