As reported earlier, Larry L. Enterline, who has been at the helm of bicycle and other on/off-road specialty vehicle suspension specialist Fox Factory Holding Corp. for nearly a decade, will retire on April 2. The board has now appointed the current lead independent director and audit committee chairman, Dudley Mendenhall, to succeed him as executive chairman of the board. At the same time, the board appointed current audit and compensation committee member Jean Hlay to succeed Mendenhall as audit committee chair, effective April 2. 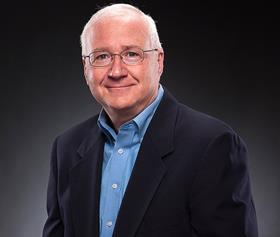 Enterline served as CEO for Fox Factory from 2011 to 2018. He was then promoted to executive chair of the board of directors (and Mike Dennison named his successor as CEO) in June 2019. Under Enterline’s leadership, the publicly-traded company “achieved outstanding performance from 2011 to 2018 with a proven track record of generating strong operational and financial results.” Fox also made the transition from a privately held to a publicly-traded company under his watch in 2013, and annual revenues grew from $272.7 million in 2013 to $619.2 million in 2018, “generating total shareholder returns of over 400 percent.”