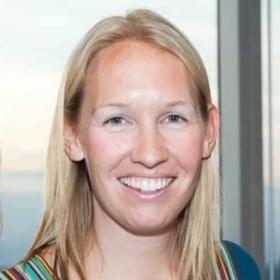 The World Federation of Sporting Goods Industries (WFSGI) welcomes Michelle Smyth as its new Head of Cycling. She replaces Mark Barfield, who has held the role, previously called “Head of Bicycle,” since 2018. WFSGI renamed the position as it better describes Smyth’s new role, which is to proactively support and coordinate WFSGI’s activities on behalf of bicycle brands and the WFSGI Secretariat and help expand the federation’s services and offerings to the bicycle industry. She is also responsible for regularly interacting with WFSGI members and WFSGI Bicycle Committees to identify new issues and services, particularly related to helping WFSGI capitalize on the industry’s recent cycling boom and supporting relationships with the UCI, ITU, UN agencies and other international organizations and federations. Smyth holds a dual degree in French and English law and previously practiced law in the U.K. Over the past ten years, she has worked in various roles in event organization, marketing and partnerships for sports brands. She has played basketball internationally and now lives in France.