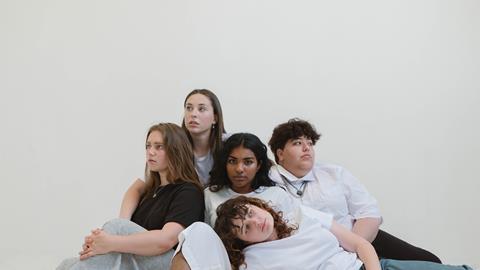 Opinion: The drip feed of the new product releases of this millennium

As this decade starts to establish itself after the restricted conditions around the beginning of last year, there is a call out to Build Back Better. What this means is the re-establishment of the Outdoor Industry as Covid comes under control. However, the big change crept in while everyone was diverted looking at how to deal with the incoming stock levels last spring and a possible closed retail route alongside limitations being placed on what activities could be done. The new work needs to respect this change within the customer base.

That change has been the start of the transfer of the buying batten to Generation Z, which is defined as those born since the last years of the previous century. Now they are the central Fast Fashion generation who are benefitting from the cheap price of clothing, which has so much influence around creating impressions. Their environmental values have carried over from the Millennials. The most noticeable change is that they are not focused on attributing blame for the Climate Emergency but are just getting on with solving the problem. Alongside this, the first Gen Z’s have graduated and have moved on, starting their own careers. They have picked up the nickname of Gen Rent as with the increasing debt levels, the concept of buying their home is far removed. Often they become more urban and have less storage space, so wardrobes have become compact, thus have a greater need for all the brands they wear to reflect their values. Higher prices have become no deterrent if this is reflected as brand values. Corporate Social Responsibility is an old badge, but those that succeed use Common Shared Values. Habits around the churn of cheap clothing are being grown out of in favor of buying quality.

Those who came into their purchasing power around the start of this century follow from Gen X (who have too many toys) – the amount of clothing owned has doubled in the last 20 years (which had doubled again from the 1970s when the introduction of polycotton and Fast Fashion took off as color television became popular), because the transfer to Pacific Rim Manufacturing in the 1990s made even cheaper garments possible (as well as minimum order numbers increased – leading to an excess of surplus stock). For them, the socializing has changed as the image-led social media has seen them never wanting to be pictured in the same top again. They are happy to swap and wear pre-loved clothes.

The continual technological developments, which identify which year the garment was released to gear nerds, are now being seen through by the incoming generations. The accompanying literature describes incremental improvements. The younger generations are the most marketing literate ever and those brands that treat them as just receptors of one-way messages patronize the audience. Their regard for yearly new-improved-better-best-version-ever releases just signals that the brand treats them just as a receptor of all their marketing messages. The overriding message is that last year’s product is out-of-date, whereas, in reality, it still performs well (especially if the product care instructions are followed). This tactic might have worked in advertising’s popular days – now it is Social Media: which works best as a two-way conversation. Too often, a marketing communications strategy is still decided by those much older than the customer base. At a time when peer-to-peer learning is a trusted source, have faith in the quality of product development that is user-focused (of which better fit is the most welcomed).