(SGI+) The German helmet and eyewear specialist Uvex is starting to distribute the eponymous sensor system of Tocsen, a start-up in Freiburg, Germany. Tocsen consists of a fall sensor and app to detect when a helmet wearer crashes. It checks the state of the fallen skier, snowboarder or cyclist, routes an emergency call to previously defined contacts and signals the location with GPS data if there is no response from the victim. The fall sensor fits any ski or bicycle helmet, and the Tocsen app is available free of charge. The electronics of the sensor are produced in the Black Forest, the casing in Nuremberg. The batteries come from Lake Constance, the packaging from Braunschweig. The Tocsen app’s servers are located in Bavaria.

In the 2018/19 financial year, the Uvex Group increased its turnover in the three business units: Safety, Sports and Filtral by 5 percent to €475 million. The Uvex Sports Group, which covers the sports and leisure sector (Uvex and Alpina brands), achieved a turnover of €131 million (plus 5 percent), despite the ski helmets and goggles business continuing to decline. The company cites a saturated market in the helmet sector and climate change as reasons for this. A completely different picture emerges for the bicycle segment, which has continued to boom, especially in the area of urban mobility. The Uvex Group also achieved high growth rates in the equestrian sports product groups of riding helmets and gloves. The Filtral Group, a specialist for sunglasses and reading glasses, remained at the previous year’s sales level. The Uvex Safety Group increased its turnover in 2018/2019 by 6 percent to €352 million and, with a total of 74 percent of group turnover, remains the driving force behind the development of the family-owned company. 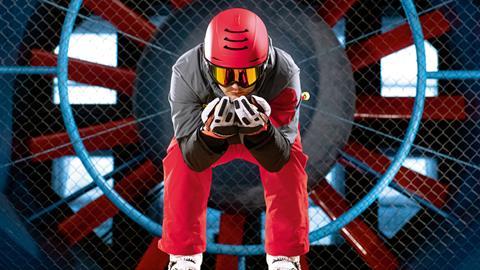