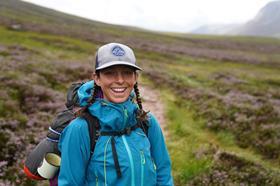 Equip Outdoor Technologies and the Rab brand invite all outdoor enthusiasts to the online premiere of “Project 282,” a film that follows climber and adventurer Emily Scott in her quest to climb all 282 Munros in 120 days, using self-propulsion. By definition, a Munro is any mountain located in Scotland that is higher than 914.4 m and whose summit has a (not precisely defined) “certain independence.”

The film premiere will be broadcast as a Facebook Live event on March 25 at 7 p.m. GMT (Link). The evening will consist of a brief introduction to the project, the premiere, and a time for Q&A after the film. It will be hosted by Hetty Key of Women in Adventure. Project 282 was developed and produced by Scott, Perch Films and the British Adventure Collective. Rab supported the equipment Scott used on this project.