On today’s International Women’s Day, my memory zooms back to the early 1990s. Having worked in the outdoor industry for nearly 30 years, I have experienced a tremendous journey that is not over yet. Back then, the understanding was that things sell better to women if they have something botanical about them: entire press conferences were hosted just to announce the launch of a women’s capsule in the apparel collection (e.g. Salewa with the Blueberry line). Wild Roses was born as the first women’s outdoor clothing brand, and the European Outdoor Women’s Association was founded (it became history not too long after), of which I had the honor of being one of the first members.

The 90s saw a wave of seemingly totally new findings of women’s anatomy and needs: the first backpacks (Deuter’s were now marked with a flower), skis and even climbing harnesses that were tailored to fit the female anatomy saw the light of shop displays. After the “Pink it, shrink it” phase came some seriously well-constructed women’s products. Arc’teryx was one of the first companies to offer almost half of their line in a specific women’s fit. And yet it took the whole industry some decades (and counting) to figure out for what that is all about: selling to women. 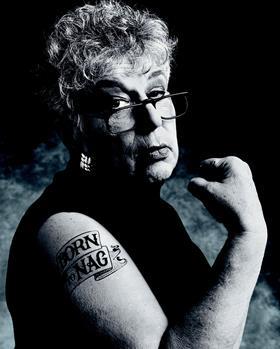 Apart from the attractiveness of women as customers, the human resources side of the discussion is a different story. The good news is that a lot has changed in companies. Women used to work mostly in design and PR in the early days. Ma Boyle, the president of Columbia Sportswear since 1970, was the singular lighthouse of the early outdoor days. As their business (and athletic) skills, power and endurance are increasingly acknowledged, women are stepping up into leading positions, like Petra Hilleberg (Hilleberg) or Antje von Dewitz (Vaude) – although they have followed in their father’s footsteps and can thus only serve as role models to a certain extent. Still, a whole new generation of self-made female entrepreneurs like Kari Traa with her own brand or Heida Birgisdottir (Nikita) came up after the millennium. The latest figures show that the road continues to be long and rocky. German business information agency Crifbürgel published their investigations today, showing that in Germany, the percentage of women in management jobs is declining and now at 24,6 percent. The bigger companies are, the fewer female managers are visible.

In the outdoor industry, not too many women CEOs and vice presidents have been seen to date – let alone in retail – even though there is common awareness for the fact that women need to be self-evidently in top positions. So roughly 30 years after I have seen the first women’s rain jackets in Friedrichshafen, both men and women would gladly see more females in leadership positions. One of the reasons is: to sell better.

At least as consumers, the outdoor industry is already targeting women effectively and with a lot of marketing power, flattering their vanity with “she moves mountains”-type slogans (created by The North Face two years ago). This is an intelligently thought-out claim that radiates respect for women – and since it’s 2021 and we have long left the early days behind, I assume those words come from the heart. And well, even if it’s just a marketing slogan: After all, we’ve progressed from the botanical to the athletic wording. Thanks, Ma!