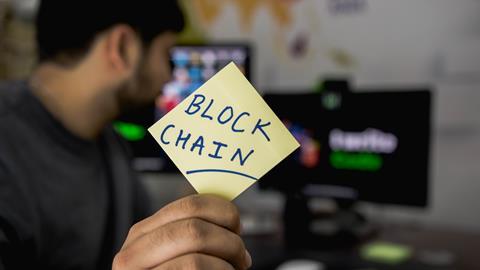 Is blockchain technology just a hype or helpful?

Blockchain technology (BT) is generally associated with cryptocurrencies, but it is rapidly being adopted in other sectors to streamline bureaucracy and foster transparency. In February 2019, the Italian industry ministry announced plans to set up, jointly with the computer giant IBM, a national scheme using BT to guarantee the traceability of Italian products, in order to protect brands and fight counterfeiting. On Nov. 14, 2019, a pilot project was presented, but the initiative was not pursued, reportedly due to a lack of funds. The use of blockchain remains controversial and we propose to explore whether the technology is a game-changer or just hype. 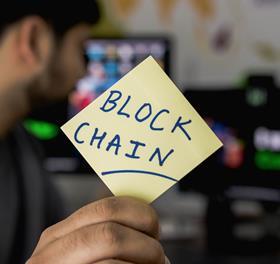 “Blockchain technology can redefine boundaries for companies,” says Marcus Dapp from ETH Zurich. He believes that the increased transparency created by the introduction of BT means that companies not respecting environmentally sustainable practices and not supporting a circular economy will be penalized by consumers, while more virtuous players will be able to monetize their sustainability efforts.

By aggregating overlapping data records to chains and storing them in a decentralized way, blockchain enables users to clearly identify and verify each phase of the supply chain and manufacturing process of a product just by scanning a QR code, which in theory is counterfeit-proof and unalterable.

This is especially relevant for luxury brands. With the explosive growth of e-commerce and of second-hand marketers like Etsy, Vinted, Vestiaire Collective or Second Life Fashion, the opportunities to place fakes on the market have also multiplied, making monitoring and legal challenges problematic. According to the Global Brand Counterfeiting Report, luxury brands lose about $30 billion worth of online sales annually due to counterfeiting.

In the fight against counterfeiting, the technology is seen as a solution thanks to its deterrent effect and the monitoring opportunities it offers. The storage of information regarding the components and manufacturing process of a product also allows clients to check its eco-friendliness.

But while the technology promises secure data and detailed tracking, it is only as accurate as the information it is fed. So fraud, misleading claims or simply mistakes cannot be ruled out.

Another questionable aspect is the computation associated with blockchains, which currently process only a few transactions per second while consuming vast amounts of energy. Alex de Vries, a data scientist at the Dutch central bank DNB, estimates that the about 12,000 existing blockchain nodes consume as much electricity annually as a country the size of Nigeria.

One massive node, also called a giant computer farm, was built in Mongolia and obtains its electricity from coal-fired power plants. In this case, CO₂ emissions produced by the node amount to around 24 tonnes per hour, a number equivalent to the emissions of a mid-range car over a distance of 200,000 kilometers, according to Blockchain Insider.

But the problem is being addressed thanks to the development of streamlined decentralized databases, the so-called distributed ledgers. For example, the Hyperledger Fabric blockchain does not have a fixed consensus protocol and a company can develop customized networks only allowing participants involved in a transaction to validate their exchange. This means that not all node operators have to be involved in a transaction anymore, saving considerable amounts of energy. 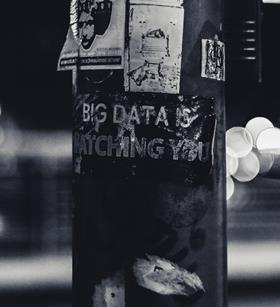 Data privacy and legal questions are concerns when ledger systems store data in different jurisdictions. For transactions done between the EU and the U.S., the EU-U.S. Privacy Shield is applicable. But, the agreement does not apply to other jurisdictions, at the risk of not covering countries where the bulk of the supply chain of the fashion and sporting goods industries is located.

On the other hand, BT-stored data may help deliver the mandatory reports on supply chains that planned legislation will introduce in Europe. On March 3, the German government approved a bill that aims to force local companies to respect human rights in their global supply chain. Parliament is expected to pass the draft legislation, commonly referred to as the Supply Chain Act, by the middle of the year. The German legislation is only a starting point in Europe. The European Commission is expected to submit this year an even more stringent proposal on the supervision of the supply chain that would include environmental rules.

BT undoubtedly provides an opportunity to brands in their attempt to guarantee the authenticity and sustainability of products. But, its implementation is also costly, prompting some companies to join forces to share the financial burden.

LVMH, Prada and Cartier recently launched the Aura Blockchain Consortium, the world’s first global blockchain for luxury goods. LVMH said that the collaboration “between competitors represents a single, innovative solution to shared challenges of communicating information on authenticity, responsible sourcing and sustainability in a secure, digital format. The objective is to provide consumers with a high level of transparency and traceability throughout the lifecycle of a product.” Aura is designed to be open to all luxury brands and can support companies of varying sizes and adapt to individual needs.

Recently, the U.S. Cotton Trust Protocol has partnered with the TextileGenesis blockchain platform for full transparency in supply chains. The collaboration will lead to pilot trials with selected brands and mills in June 2021. Full deployment is planned in 2022.

Despite the considerable investment that comes with the development of new blockchains, an increasing number of companies are embracing the technology. Timberland recently announced a partnership with the Smallholder Data Services (SDS) app and platform, which incorporates the Lydion Data Economics Operating System (DEOS) blockchain technology to enable customers to trace the cotton in Timberland’s Community Cotton products back to the farmers who grew it.

The adoption of BT could also be fairly rapid. A European footwear company collaborating with premium international brands revealed that it has been asked by three clients to apply the technology to the shoes it supplies them within a couple of seasons, corresponding roughly to one year. Because of the complexity of its supply chain, the shoemaker believes that it is more realistic to expect to achieve the objective within four to five seasons. The company’s shoes are produced in the Far East and typically comprise about 80 components that need to be certified and registered in the blockchain.

The practical and legal aspects of blockchain

An interview with Anna-Kristine Wipper, head of IP law, and Felix Schnorr, lawyer, at KPMG Law in Berlin

To what extent is blockchain technology (BT) efficient for the authentication of branded products such as shoes, accessories or clothing?

It is conceivable that every delivery could receive a batch number that would be stored on the blockchain. All actions and sales taking place within the supply chain between producers, processing plants, suppliers and retailers could then be stored on the blockchain. Unambiguous tracing of the origin of the goods without subsequent manipulation could even be done by government inspection bodies as well as by end customers. Withholding or falsifying records would become nearly impossible. However, access to trade secrets or sensitive purchase (price) information could be protected.

What would blockchain add to monitoring CSR compliance in the supply chain?

One of the main advantages of BT is its inherent transparency along the supply chain. In the diamond industry, for example, BT technology is already used to prevent the trade of blood diamonds by storing properties of the diamonds (e.g. color and carat) as well as digital and tamper-proof certificate numbers in the blockchain.

If the blockchain is connected to the electronic accounting data of the supplier, compliance with statutory minimum wages or maximum working hours also could be monitored.

The new (German) supply chain law that will be valid from 2023 contains certain reporting obligations for companies. Using data stored in the blockchain, the creation of such reports would be considerably facilitated. The regulatory authority could even be granted viewing rights under certain circumstances.

Are there any legal issues to consider?

The biggest issue for the compatibility of blockchain technology with the European Union’s General Data Protection Regulation (GDPR) is the right to erasure (“right to be forgotten”, Art. 16 GDPR). To the best of our knowledge, GDPR-compliant storage of personal data on the blockchain can be implemented by means of access-restricted blockchains. How a GDPR-compliant rectification can take place on permission-free blockchains has not yet been clarified. Therefore, large companies that have implemented blockchain technology in certain areas of their business operations regularly refrain from storing personal data in the blockchain.