Antonio Dus is the new CEO of Cicli Pinarello 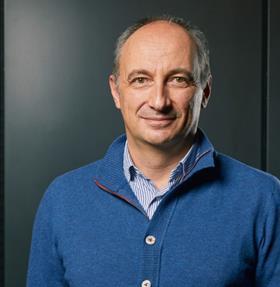 After heading Tecnica Group for the past five years, Antonio Dus has now been named the new global CEO of Cicli Pinarello. He has a financial stake in the high-end bicycle brand, which came under L Catterton’s control, the LVMH-backed private equity firm, three years ago. Pinarello, like Tecnica, is based near Treviso in northeastern Italy.

Dus had announced his departure from Tecnica a few weeks ago after leading the successful reorganization and turnaround of the group with a new institutional investor’s entry. He previously led Vibram and Garmont International, among other key positions.

His appointment at Pinarello, where he will also be responsible for operations in the U.K. and U.S., is accompanied by the creation of a new organizational structure designed to accelerate the development of the brand. This includes a new CMO, Federico Sbrissa, who previously worked at Garmont, Oberalp and Tecnica, as well as another Italian bike company, Scapin, and Salomon Group. Maurizio Bellin, a former pro cyclist who joined Pinarello in September to handle international business development, has been named COO. He previously served as European GM for FSA. Another member of the management team, Andrea Greguoldo, was named supply chain director in October. He joined from Safilo Group, where he gained experience in managing complex supply chain tasks. Stefano Sacchet, who joined during the acquisition by L Catterton, was confirmed as CFO. Walter De Luca remains in his position as sales director, which he has held since 2019. Fausto Pinarello, founding partner and chairman of the company, will remain with the company as “brand guardian.”