Globetrotter has a new CEO 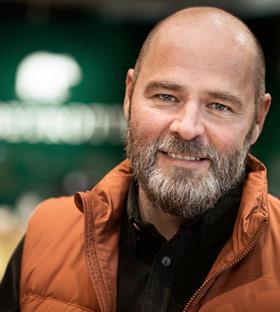 Andreas Vogler is the new chief executive of German outdoor retailer Globetrotter. Vogler replaces Henrik Hoffman, who, alongside Andreas Bartmann, Ulf Gustafsson and Vogler, remains a member of the management board of the German subsidiary of the Swedish Fenix Outdoor Group. In the future, Hoffman will devote more time to his tasks as chief exectuive of Frilufts Retail Europe. In his new position, Vogler will report directly to Hoffman. Vogler has many years of experience in omnichannel retail and was most recently chief executive of SBSCOM Group, a German platform for employee benefit, loyalty and bonus programs. Prior to that, he served as country managing director for the consumer electronics chain MediaMarkt, first in Athens for two years and then in Stockholm for seven years.

Frilufts Retail Europe is the retail subsidiary of Fenix Outdoor that owns the outdoor brands Fjällräven, Tierra, Primus, Hanwag, Brunton and Royal Robbins. Frilufts also includes the retail chains Naturkompaniet (Sweden), Partioaitta (Finland) and Friluftsland (Denmark), with Globetrotter being the largest subsidiary with 16 stores in Gemany and the globetrotter.de e-commerce business. In 2019, Globetrotter generated the largest revenue of €172.2 million in the Frilufts retail group, which generated a total of €281.8 million. In the most recent third quarter of 2020, Frilufts saw sales inch down by 0.5 percent to €82.1million. The German business actually weighed down the results while the Nordic retailers were able to increase sales.