Sergi Mingote was the victim of a tragic fall on K2, with 8,611 meters above sea level the world’s second-highest mountain, located in the Karakoram range on the border between Pakistan and China. Spain’s Prime Minister Pedro Sanchez announced the Spanish mountaineer’s death in a tweet on Jan. 16. Spain’s Minister of Health, Salvador Illa, wrote in another tweet that Mingote was “a personal friend.” According to a Nepalese mountaineer, Mingote “suddenly fell down,” CNN reported. Other climbers rushed to help and a medical team was sent from base camp, but they could not save him. Mingote was only 49 years old. 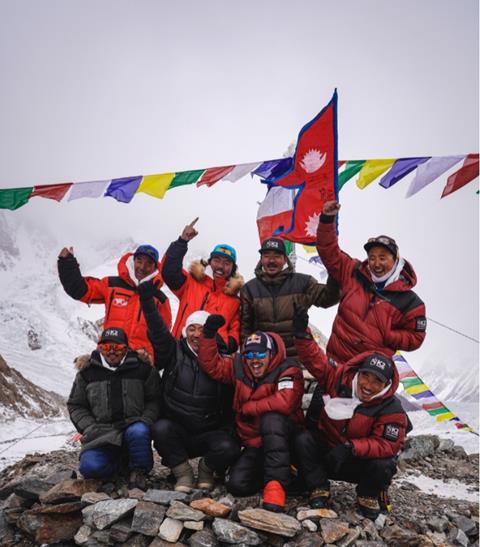 News of his death came as a team of ten Nepalese climbers was the first-ever to ascent K2 in winter the same day. K2 was indeed the only mountain over 8,000 meters that had not yet been summitted in winter. Four main teams had attempted the mountain this winter. The group of climbers who managed to summit K2 comprises Osprey’s ambassador Nimsdai Purja, Mingma David Sherpa, Mingma Tenzi Sherpa, Geljen Sherpa, Pem Chiri Sherpa and Dawa Temba Sherpa (Team Nimsdai expedition), Mingma G, Dawa Tenzing Sherpa and Kilu Pemba Sherpa (Team Mingma G), and Sona Sherpa (Team Seven Summit Trek).