Ortovox supports the protection of the Tarkine rainforest in Tasmania

From its new summer 2021 Tarkine capsule of two T-shirt styles, available exclusively at retailers, German merino specialist Ortovox is donating 5 percent of the sale price of each shirt to the Bob Brown Foundation, a local NGO whose goal is for the Tarkine Primeval Forest in northwestern Tasmania to be designated a World Heritage National Park. 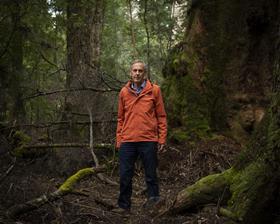 What has grown over 60 million years is now under massive threat from clearing by the mining and timber industries. Preserving such an important primeval forest is one of the most effective ways to slow global warming. Temperate rainforests, like the Tarkine, are gigantic CO2 stores and O2 donors, making them precious commodities. The Tarkine alone stores as much CO2 as is emitted in Germany within two years. Ortovox expects to receive a high five-digit sum, which will be used for special courses and training programs to promote soft tourism in the Tarkine. Ortovox has been collecting donations for the preservation of the primeval forest since last year. For every non-returned order from the Ortovox online store, three euros also go to the Bob Brown Foundation. 10,000 euros have already been donated to support the development of an app that promotes soft tourism in the region and thus creates alternative jobs alongside the timber and mining industries. In addition to Bob Brown and his foundation, Portaledge inventor and climbing legend John Middendorf, who emigrated from the U.S. to Tasmania, also supports the project.