The Outdoor group within the Federal Association of the German Sporting Goods Industry (Bundesverband der Deutschen Sportartikel-Industrie e.V., BSI) elected a new chairman and deputy chairman to represent the interests of the outdoor industry within the association. Jan Lorch, managing director sales & CSR at Vaude, was confirmed in office by the members as the chairman. Christian Schneidermeier, managing director Ortovox, was elected as the new deputy chairman.

The chair of the specialist group is elected by the BSI every three years. Separate to this is the election of the BSI general board, which will take place at the association’s general meeting at the end of November. BSI is the business association of German sporting goods manufacturers, importers and wholesalers, founded in 1910. Approximately 150 leading, mostly medium-sized companies belong to it. The members organized in the BSI generate an annual turnover of approximately 35 billion euros. The BSI is a member of FESI, the Federation of European Sporting Goods Manufacturer. 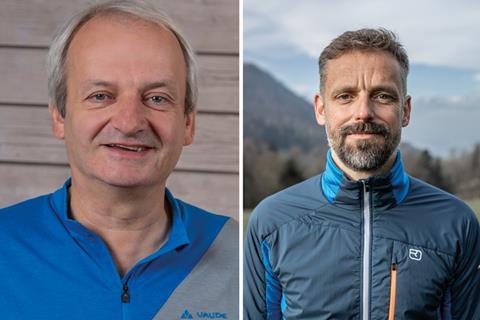