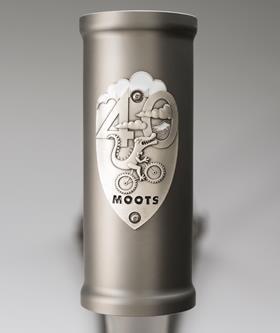 U.S. bicycle company Moots Cycles celebrates its 40th anniversary in 2021. The niche supplier has made a name for itself not only in its home country, but worldwide as one of the leading titanium frame manufacturers – not so much by volume, but by quality. In the process, the supplier has also gone through ups and downs in its development. That’s why the brand is now especially optimistic about its anniversary and plans to celebrate throughout the entire year, promising to “continue to build on the legacy of quality that this brand has earned over such a long period of time.” In addition, all Moots bikes manufactured in 2021 will feature an anniversary emblem on the head tube. The brand will also offer various other 40th anniversary products (T-shirts, jerseys, caps, bottle openers) in its online store.