To mark International Women’s Day 2021, British outdoor manufacturer Rab presents the free online premiere of Over The Edge. The film (see trailer below) was initiated by Rab to mark the fifth anniversary of the Women’s Trad Festival and tells the story of the women behind the event. It follows organizers Ellie Fuller, Charlie Low, Gilly McArthur and Hetty Key and highlights conversations about confidence, community and the personal connections formed through climbing. Launched in 2016, the festival is a trad climbing event in the Peak District that helps women take leadership in their outdoor pursuits and build a sustaining climbing network. 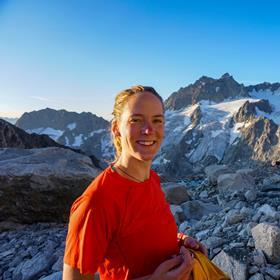 Hetty Key, one of the organizers of the Women’s Trad Festival

Over The Edge (produced by Coldhouse Collective) will be screened for free on Rab’s social media channels on March 8 at 10:30 a.m. (CET). Following the online premiere, the film will be screened again as part of the Wonderful Wild Women Film Night on March 8 at 8 p.m. (CET), along with the films Zero by Scott Salt and Benjamin Paul, and I am a Fellrunner by Jessie Leong and Julia Carter. Wonderful Wild Women is an online community and group based in the north of England that aims to inspire and support other women to become active in outdoor sports.