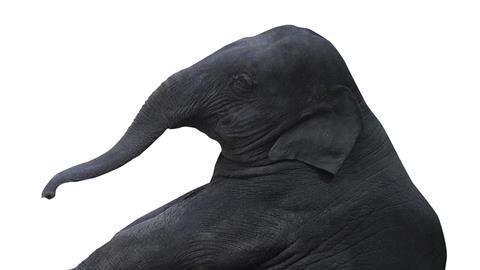 Have you done the math? Growth – the elephant in the executive suite

We need new business models that are not predicated on selling more stuff to more people.

Because of the global context of our “here and now,” there is truly not much more to say. I might finish with nothing more than the above quote. After all, it states a truth as factual as the universe’s expansion.

Except: those “new business models” are not our reality. Far from it: They’re not even considered a possibility by companies – not by CEOs, the executive suite, company owners and neither by a board of directors, who are – for stock-listed companies – in charge of hiring exactly those CEOs that are supposed to lead the charge.

I cannot conceive of a successful economy without growth.

Instead of in-depth discussions about new business models, suitable and functional within the physical limitations of our planetary resources, what we hear and read in business newspapers, in academic papers and policy proposals, are the following terms (akin to a buzzword bingo) that are all under the umbrella of the term “Environmental, social and corporate governance” (ESG): Green Growth; Inclusive Growth; and “Sustainable Growth,” the latter being a fuzzy catch-it-all, sometimes also quoted as “repeatable growth,” “ethical growth,” or “responsible growth.” Each of which, of course, has its own meaning yet again.

All of this to pretend that physical limitations of any kind are a mere imagination of a mind not suitably familiarized with the liberal market economic principles we have grown to believe in since our very first breaths. 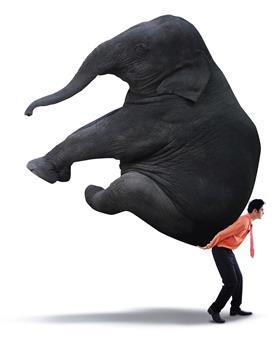 The elephant: so big it fills the room

Or would it be more accurate to say, “an elephant so omnipresent it is invisible?” After all, it has always been there, and presumably, will remain there always. The above-mentioned buzzword bingo is a mere side effect of the fact that virtually every single company keeps advocating for producing and selling more units of X. Forecasts continue to add Y percent every year to the profit expectations of the year before. In short: A sort of Ponzi Scheme.

Despite numerous studies showing that we are approaching planetary boundaries fast (of climate critical dimensions as much as of physical resources), at best, each unit of X is created/produced in a somewhat less resource-intensive manner. A fact that normally is – again: at best – offset by the percentage increase of units of X being produced and expected to be sold. Needless to say: the cumulative impact of all units X produced and sold (and then trashed) is still on a rather steep rising trajectory. How else could it be in what we deem a “prosperous economy”?

Our reality mostly ignores the following key question – hoping that someone, somewhere, will find the golden key to its answer: Have you and your business done the math (and applied it to your business)?

Have you looked openly and honestly at your dependency on natural resources and the associated limits on business growth as you define it today?

Have you calculated your return on stakeholder investment (RSI) to see if you truly benefit the global society or whether you - in reality - freeride on other people, the planet, governments, taxpayers and communities?

Ironically, to come up with at least a reasonably appropriate and precise result for the above calculations, well enough publicly and privately collected stats and numbers exist… It is just about getting the calculator out of the drawer.

And: The role of the (executive) board?

Growth as we know it certainly has created prosperity, quality of life and, to an extent, happiness. But only for the lucky ones in our global society, mainly in the so-called developed economies. This, though, holds not equally true for everyone. Rather, this “luck” has come at the expense of the well-being of many global citizens, by far not only in developing economies, as well as the planetary ecosystem. Growth as we know it is a thing of the past. You may not have realized it or may simply choose to close your eyes to the blatantly evident facts of science.

It does not require more than a simple act of insight to realize that infinite growth of material consumption in a finite world is an impossibility.

When it comes to ensuring the long-term success of a business, the board of directors is the one who should hold the scepter and lead the charge. Hence hire a CEO capable of tackling this elephant. And spearheading the take up of relevant KPIs (the math) will lead the organizations in the right direction of travel.

And yet, hardly any board members have dared to address this elephant in the room. For one simple reason: it goes against the grain of the currently accepted paradigm that is considered “necessarily correct.” A paradigm that says: without growth, no prosperity, no quality of life, no happiness.

But: What does growth exactly mean? Or, more sloppily: Are we not just lacking sufficient imagination and innovation spirit to accept that there may indeed be a totally different approach, where growth as we know it is irrelevant? The traditional growth paradigm must be challenged not only because it is outdated but because it is fundamentally flawed as a paradigm (see, e.g., here, here, and here).

An updated paradigm has at its core a minimum of two (mathematical and therefore calculable) dimensions:

• De-coupled dependence from natural resources and associated limits: This would mean that availability and constraints related to the scaling of the business are independent of any resources available in finite supply.

Additional questions worth asking your organization: 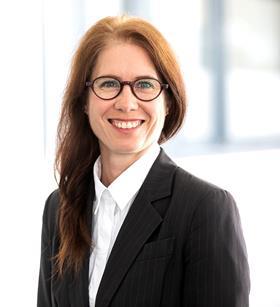 Pamela Ravasio is the founder and managing director of Shirahime Advisory. She specializes in corporate governance and responsibility (CR), strongly linked to innovation processes and digitalization. She is an expert advisor to senior leaders and boards of directors in the SME space.

Want to get valuable information about the outdoor business directly into your mailbox? Then get your 30 day trial.