Committed, convinced and confident: people we call idealists, whose achievements - small and large - stand out for a more sustainable world. They have inspired others, founded movements or protected regions. Some of them have been seen and heard, others less so. But all of these idealists have proven themselves to be crusaders for sustainability and are thus part of our list, the “IdeaList.” 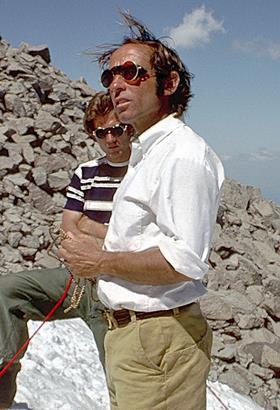 Yvon Chouinard’s career as a founder of Chouinard Equipment, Black Diamond and Patagonia is common knowledge. Over his time in the business, Patagonia has donated more than $105 million to environmental causes. It has topped the list among apparel brands with the best reputation on the Axios Harris Poll rankings. Chouinard has steered Patagonia to the purpose-driven company it is today by being a very early inventor of disruptive marketing (like urging consumers on Black Friday, 2011, to “Don’t buy this jacket,” trying to trigger a reflection process that encourages thoughtful consumption. After decades of his company blazing the trail and driving many things forward, he says: “There is no such thing as sustainability. The best we can do is cause the least amount of harm.” Chouinard believes stock market valuations are “absurd,” investing in shares is “buying blue sky” – and modern-day capitalism is destroying the planet. “I’d like to see an end to public corporations because we’re not going to revolutionize them, we’re not going to change them,” Chouinard told the Guardian. 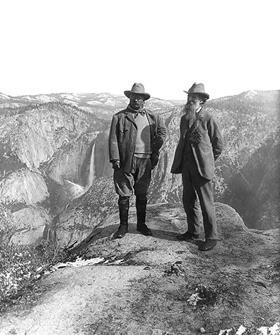 Born in 1838, the co-founder of the Sierra Club was one of the first activists that saw the need for legal protection of lands as the only way to preserve wildlife and nature. He helped to install the Yosemite and Sequoia National Parks. The picture shows Muir (on the right) with Theodore Roosevelt on Glacier Point in Yosemite National Park (Photo: public domain). Unlike the conservationists of his day, who wanted to protect the land for human use above all else, Muir was a preservationist: his goal was to leave nature as untouched as possible.

Professor Robin Murray, who died in 2017, was the voice and avid proponent of the Zero Waste movement and the first to describe the need to recycle unavoidable waste in his 1999 book, Creating Wealth from Waste. In his next book, Zero Waste, he wrote, “from the perspective of pollution, the problem is a question of what waste is. From the perspective of resource productivity, it is a question of what waste could be. As a pollutant, waste demands control. As an embodiment of accumulated energy and materials, it invites an alternative. The one is a constraint to an old way of doing things. The other opens up a path to the new.” He was an economist who firmly believed in collaboration as the key to industrial restructuring in response to environmental pressures. 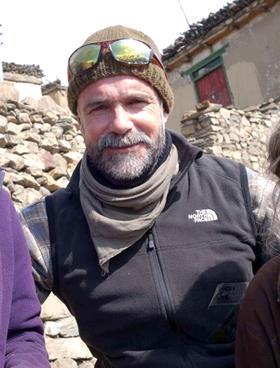 During a sabbatical in Ladakh, Jürgen Altmann, owner of the Aroma Kaffeebar in Munich, learned that nearly 90 percent of the population suffers from eye damage and eye diseases due to extreme UV radiation. In 2009, he founded Shades of Love, a project that collects new or used sunglasses from businesses and consumers and distributes them to people in high-altitude regions. He has since built logistics and partnerships to ensure distribution through various means to the target areas. An NGO, Brillen Weltweit, is helping with the testing, preparation and storage for Shades of Love. On-site, there is a network of professional organizations that finally distribute the sunglasses (for example the shipment of 70,000 sunglasses in Fall 2021) to the remote mountain regions.

Today, around 50,000 pairs of glasses are waiting in the German warehouse to be shipped. Companies such as Apollo Optics, Edel Optics, Julbo and Funk are among the regular providers of unused glasses, but private individuals also donate used ones. What is always lacking, Altmann says, is funding for the logistics part. He is also working on setting up a base in South America. Many people in the Andes also suffer from eye diseases.

Jay Cohen Gilbert, Bart Houlahan, and Andrew Kassoy are the fathers of B Lab, a nonprofit network founded with the grand goal of transforming the global economy. On a smaller scale, it provides companies with a legal framework that puts the values of sustainability and the common good as much at the heart of their operations as the need to make money. B Lab became Benefit Corporation, a movement that to date includes more than 4,500 companies. A certified B Corp must consider the impact of its decisions on its employees, customers, suppliers, community and environment. B Corps are actively building an inclusive and regenerative economy, and 4,515 B Corps around the world in 153 different industries are proof that values-based businesses can succeed. 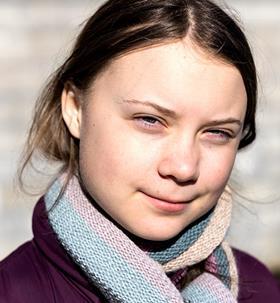 Carried by an unprecedented wave, Greta Thunberg, born in 2003, became the voice of an entire generation. In just a few years, global networking and the digital age, especially within the Gen-Z, have catapulted the Swedish activist onto the podiums of the UN, to Davos and to conferences where the course of the world economy is set. Thunberg’s school strike was the nucleus of the “Fridays for Future” movement, referenced in global protests to meet the 1.5-degree target.

Want to get valuable information about the sporting goods and active lifestyle business directly into your mailbox? Then get your 30 day trial.