ReGenerative Agriculture: A way for clothing to exchange its bad reputation for a force for good?

At the end of 2021, COP26 centered around the climate crisis that has brought global temperature rising to center stage and how there is a need to take carbon out of the atmosphere. This year, COP15 needs to have as much attention as it focuses on restoring global biodiversity. The European Outdoor Conservation Association (EOCA) team came up with a good explanation when they described the urgency of both topics as an overflowing bathtub – you should both turn off the taps plus pull out the plug to tackle the problem.

Textiles have gained a (false) reputation as the second most polluting industry in the world (apparel is bad, but not that bad). Whatever the numbers, it is common knowledge that there is room for improvement not just for man-made, but in natural materials as well, like cotton. In this ongoing discussion, one of the incoming buzzwords involves ReGenerative Agriculture – but what is it?

ReGenerative Agriculture (ReGenAg) is the new way of growing cotton and other crops, but it is just the practice used a century ago. The method is based on four main principles around soil health, irrigation, carbon sequestration and restoring biodiversity. ReGenAg practice could be used immediately; unlike qualification for Global Organic Textile Standards (GOTS), which takes three years to swap over from regular farming, a ReGenAg tag can be valid after just a year of better husbandry of the soils.

The North Face was the first to use ReGenAg materials when they introduced their Cali wool beanie four years ago. Last year, Timberland (also a VF Corp. brand like TNF) introduced its Earthkeeper range of footwear using ReGenAg leather. The latter is worthy of more attention because cows are seen as almost evil in this world – they provide a meat diet, they graze inefficiently on pastureland, and rainforests are cleared to grow their winter food-stock of soybeans. There has been a verified study, audited by Quantis, on the White Oaks Pasture farm in the U.S. that has revealed that rather than the usual 33 factor (kgs of CO2 produced per 1 kg of meat) – ReGenAg beef farming absorbs 3 ½ kg of carbon into the soil more than is emitted. It follows that sheep get an endorsement, too, for their wool. Arable crops are even better.

Clever herding pays off to more carbon being stored

The key aspect is the change of agricultural practice. Everything is focused on the roots of the crop (or the grass for livestock). The science bit is the other side of photosynthesis: we all know that plants take in carbon dioxide and return oxygen, that carbon is sequestered as the foliage or roots of the plant. Hence, the longer the roots, the more carbon is stored. The more growth above the ground, the longer the roots – so the trick is to move the animals onto fresh pasture before they eat the plant down to soil level. Extra herding equals more labor, but these additional costs break even (reduction in fertilizer, pesticides, herbicides and other chemicals) after four years. For arable crops like cotton, the route is following regular organic cultivation. To use the ReGenAg label, there needs to be an improvement in soil health shown year-to-year; applied correctly, the endorsement can happen after 12 months of the change of technique.

Soil health (microbes) is vital for a healthy planet. A good root network will absorb and thus feed the plant with moisture for 30 times longer than rain falling on worn-out soil. The rainwater will also take up to 100 days to reach the river’s flow, rather than the three days it takes to reach it during a flood. Both factors also reduce wind and water erosion – currently recorded as up to 5 cm each year.

Restoring biodiversity also means creating a habitat for arable crop predators so that natural control can take place, in line with the EU Green Deal recommendations. There are many examples of how local networks reward the small farmers, as opposed to money going only to super farms; whereas sequestration (converted to the wool in a jacket) is equivalent to 100 kg of carbon stored in the ground. For manufacturers, this means that for every 10 product units, one ton is saved from the company’s total carbon footprint.

It is common knowledge that there is room for improvement not just for man-made, but in natural materials as well.

As in so many other areas of the apparel industry, there are several different standards used by the brands. Patagonia has opted for the Rodale Institute, TNF uses Indigo, while Timberland follows the Savory Institute guidelines. The latter audit is also the one chosen by HDWool, as it is the only third-party certified system – based on the yearly Ecological Outcome Verification of the farms. With the rise in direct B2C communication channels, it is expected that end consumers will opt for carbon-balanced (or even negative) fabrics to facilitate their concern for the environment.

Some industry stakeholders see regenerative agriculture as the answer to many (if not all) problems. To quote Rose Marcario when she was Patagonia’s CEO: “Agriculture really represents the best chance that we have of mitigating and ending the climate crisis. The science is saying that if we converted all industrialized agriculture to regenerative organic practices, we could sequester all the world’s carbon”.

Charles Ross is a textile specialist based at the Royal College of Art in London; he has taught Performance Sportswear Design to the next generation of Outdoor Industry designers for over two decades. His mantra is “Sustainability through Longevity.” 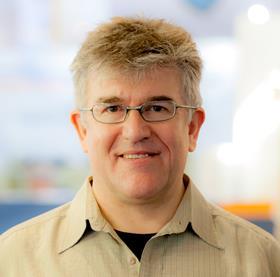 Want to get valuable information about the outdoor business directly into your mailbox? Then get your 30 day trial