The Trento Film Festival Mountains and Cultures is one of the oldest Italian film festivals, as well as the oldest mountain film festival in the world, and was held for the first time in 1952. The event presents films that deal with alpine exploration. After successfully streaming the event for the first time in August 2020, the festival is now returning digitally. From April 30 to May 9, it will showcase the best feature films and documentaries centered around mountain sports and extreme mountain landscapes. The films will be available online until May 16.

The 69th edition of the festival is divided into several sections. In the international competition, both feature-length and short films will compete for the prestigious “Golden Gentian” (Genziana d’Oro) award. Guests can also look forward to special screenings of exciting adventure films by Alp&ism, ethnographic observations by Terre Alte, Orizzonti Vicini’s cinema productions from the Trentino-Alto Adige region, and nature films by Muse.Doc. This year’s host country is Greenland, accordingly the special program Destination … Greenland of the festival invites you to discover the country. The film program will be complemented again this year by MontagnaLibri, the world’s largest book exhibition of literary works about the alpine world.

An overview of the program and more information is available here: trentofestival.it 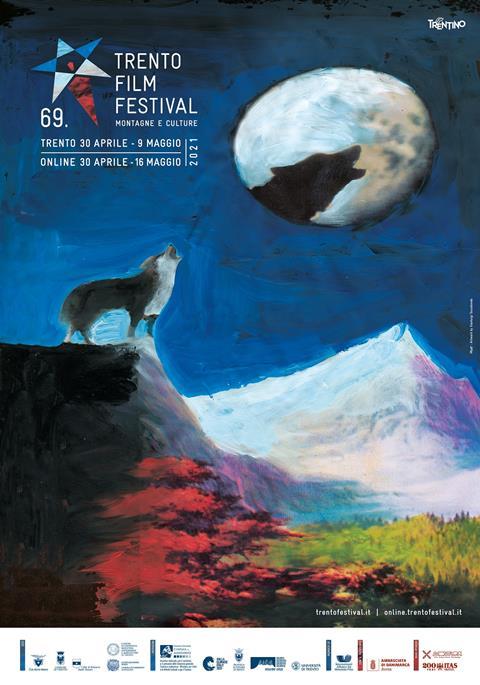 Official film festival poster created by Gianluigi Toccafondo. With a symbolic homage to Jack London, the renowned San Marino artist has created the poster and design for the 69th edition of the festival, which will take place from April 30 to May 9.