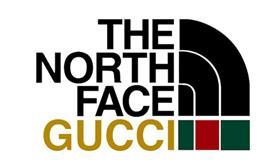 Following an initial announcement three months ago, The North Face (TNF) and Gucci are offering a glimpse of their collaboration on the North Face x Gucci collection. This is in line with the two brands’ commitment to environmentally sustainable activities, Gucci said in a press release. The accompanying campaign is set in the Alps and stylistically taking place in the 1970s. This decade also forms the basis of the color palette, which was compiled from The North Face’s material library. The entire campaign has a retro feel. TNF was founded in 1966 in San Francisco, and the atmosphere of the campaign reflects “the period when the company began its development from an outdoor retailer based in Berkeley and shared a factory and storefront adjacent to Credence Clearwater Revival’s band room.” That’s also why the video campaign (see video below) uses the song Bad Moon Rising, written by John Fogerty, the band’s frontman and lead guitarist.

Some pieces are in bright colors and feature various floral prints. The focal point is the new joint logo of Gucci and The North Face combining the two brand logos. In keeping with the expedition theme, the collection includes luggage made partly from recycled nylon (Econyl). The bag range includes two backpacks and two fanny packs with different prints and colors. In addition, the collection includes down coats, bomber jackets as well as vests, shirts, skirts and jumpsuits. To round out the outfits, it also includes a hiking boot with a Goodyear sole.