Polartec®, a Milliken & Company brand, has launched its “Family Album.” It is the result of the visual story of those who have worn Polartec clothing on their outdoor adventures over the past three decades. Launched via a dedicated Polartec Instagram channel, @PolartecFamily, the album is intended to serve as a place for the outdoor community to come together, celebrate their adventures and continue to grow in the years to come. As part of the Peaking Since ’91 campaign, the album commemorates the founding of the Polartec brand in 1991 and the many milestones in a long history of fabric innovation, including the invention of PolarFleece in the decade that preceded the Polartec brand. Since the contest was first announced in February, participants had submitted personal photos for a chance to be pictured and win limited-edition Polartec products through various design collaborations. In North America, Polartec has also partnered with online music editorial content publisher, JamBase, where entrants have a chance to win any number of apparel items from partner brands or grand prizes that include VIP ticket packages to famous music festivals.

“Polartec’s modern history is one of transformation, from a traditional mill into a performance textile innovator,” said Steve Layton, Polartec’s president. “We’re excited to tell this story of how collaboration with our business partners resulted in iconic fabrics and garments that literally changed what we wear when we go outside.” 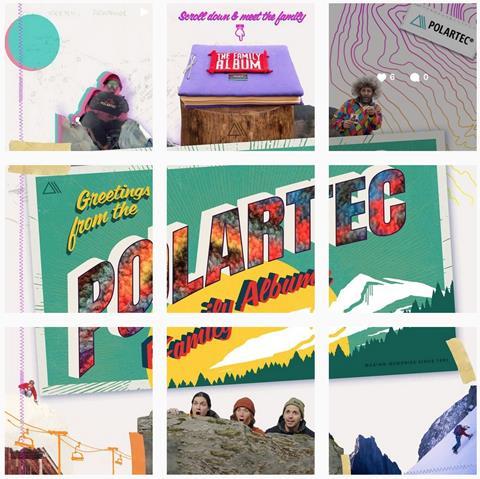