Polygiene announced the launch of a new product called ViralOff®. According to the Swedish specialist in freshness and odor control technologies, over 99 percent of the viruses on a garment treated with ViralOff are killed within two hours. All viruses so far tested according to ISO18184:2019, from Influenza A, BirdFlu, Norovirus and up to Corona (SARS) viruses, are reduced by 99 percent. By using a centrally approved test procedure, Polygiene can guarantee the effectiveness of the new product. Ulrika Björk, chief executive of Polygiene, said: “Consider it a disinfectant for garments. (…) With the ViralOff treatment, we can help set a standard for performance and help everyone get through these difficult times, from the heroes working in the medical services to the average person who would just like to get a pair of gloves or a facemask with tested antiviral capability.” The application of antiviral ViralOff technology ranges from medical equipment and clothing, such as gowns and uniforms, to consumer products where antiviral properties are useful, such as face masks, gloves and other essential products. The new product will be immediately available in most markets, but it has not yet been approved by the U.S. FDA and EPA for use with antiviral claims.

Interestingly, Polygiene was founded in the wake of another dangerous virus epidemic: When SARS threatened world health in 2004, scientists and technicians from the Swedish chemical company Perstorp were working on antiviral and antibacterial agents. Shortly afterwards, this project group became the new company Polygiene. 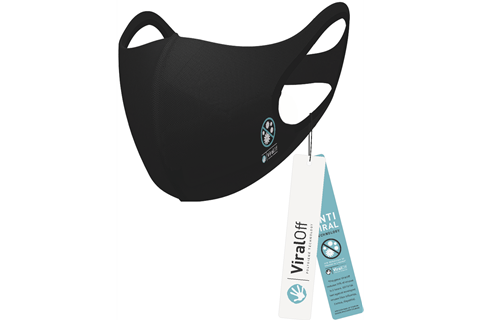