Alpen Film Festival banks on the power of alpinism 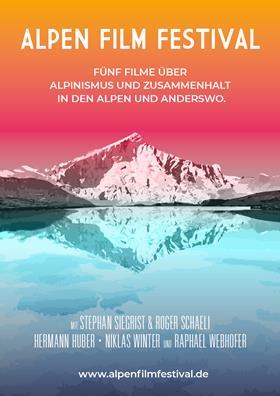 The Alpen Film Festival, a newly created film tour out of Germany, seeks ”to show images of how people want to live in the future, using the culture of alpinism as a guide.” The festival includes five documentary films curated by author and filmmaker Tom Dauer with around 100 minutes of screen time, presented by personalities from the film and mountaineering scene.

If it’s up to festival director Sandra Freudenberg, who has been in charge of the Bavarian Outdoor Film Festival (B/O/F/F) for the past three years, the Alpen Film Festival will start its tour through Germany this May. Depending on the Covid situation, the program will primarily be shown in movie theaters and open-air theaters. And if not live, says Freudenberg, then online at www.alpenfilmfestival.de.