OutDoor by ISPO 2022: The show is back. And so is the business community.

On Tuesday, June 14, the OutDoor by ISPO in Munich ended. The trade show was also representative of the relaunch of the ISPO Group’s sports trade shows after two and a half years of the Covid pandemic. Surprisingly for many, Messe München placed the show in the Munich Order Center (MOC) instead of the exhibition center in Munich-Riem, which was unavailable due to another event. Criticism in the run-up was loud and clear, yet the European Outdoor Group (EOG) and Messe München were not budging and pulled through with their plan. In addition to a new date in June, other changes included the duration (three instead of the previous four days), a size limit for exhibition booths of max. 150 sqm and the venue’s mix of exhibition halls and showrooms on two floors.

When the gates of the MOC opened on Sunday morning, June 12, it quickly became clear to most visitors, exhibitors and the media: the long-missed spirit is back, and the industry is not just shaking hands for the first time in almost three years, but the vibe is back, and right, and there is business to be done. 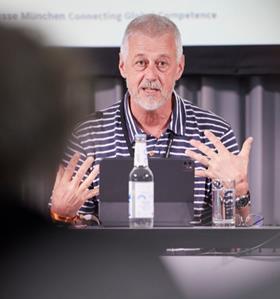 Mark Held, president of the EOG, the exclusive conceptual sponsor of OutDoor by ISPO, commented: “Nobody knew how this would pan out. At the end of the horrible period of Coronavirus, many things have made people nervous, reticent, or just scared to do something. And so we didn’t know how it would work. And we’re really, really happy that so many of the brands took the chance and came and were positive and contributed. The atmosphere has been amazing, absolutely incredible. And there’s a real sense of, ’we’re back.’”

After all, the European outdoor segment was one of the winners during the pandemic. It closed fiscal 2021 with the highest sales to date of €6.2 billion, an increase of 19 percent compared to the prior year. The strongest region in terms of sales was the German-speaking region, with over €2.2 billion (+14 percent). The record figures for the industry were announced at the show by EOG. And this positive business development was reflected in both the mood and the product ranges at the show.

At the end of the third day, the organizers reported around 8,000 trade visitors, of which a good two-thirds of the guests and 70 percent of the exhibitors were international. Reservations that OutDoor by ISPO 2022 could become a rather regional event were thus also not confirmed. The number of retailers at the booths was also high. Andreas Bartmann, the managing director of Globetrotter, said: “The days were pure motivation for our industry. A trade show that definitely makes sense again in this format and at this time.”

As for booth traffic, the best day was Monday, followed by Sunday. The evening events in the outdoor area between MOC and the neighboring “Motorworld” were also extremely well attended on these two days. The wonderful warm summer evenings offered the chance to network and celebrate outside on the lawn or under the vast open tents with bars, bbq stations, seating and music. Those who hadn’t felt it in the halls by then realized: The outdoor community is back – in high spirits, positive, confident and committed. 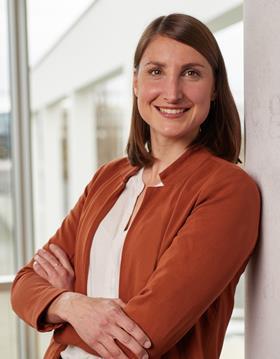 Lena Haushofer, project manager of OutDoor by ISPO, said after the show: “My personal conclusion is that it was incredibly important for the outdoor community to come together again after three years. We needed to come together in an area that is familiar, where you can really talk face to face, where retailers and brands quickly find each other. But at the same time, it was also important to have different opportunities for participation: to present oneself as a brand outside or inside, for example. Personally, I was surprised that there were so many international dealers as well that the overall internationality was relatively high. At the same time, I loved the positive energy in the halls. It was important that everyone was talking again and that business was being done, trends and innovations were shown and that, above all, it made you want more.”

The main themes at OutDoor by ISPO were sustainability, regenerative management and innovative materials. Another big topic: disrupted supply chains and lack of resources. Many attendees admitted that the positive development of the pandemic years is finally slowing down due to these issues. Also partly responsible: The war in Ukraine, to which attention was drawn in several areas at the fair. First, there was a booth and a press conference with Felix Loch and (via Zoom from Ukraine) Sergey Bubka from Athletes for Ukraine, a German NGO that works to ensure that Ukrainian athletes can continue to train and compete; second, there was a small joint booth of innovative Ukrainian brands, which also featured a true-to-scale bomb shelter for the visitors to see what it means to live, work and – above all – survive in a land that is heavily fought over…

In terms of products, sustainable designs or concepts dominated the event. This was also underlined by a special area – the Sustainability Hub – in one of the atriums of the MOC, featuring different providers of sustainable services and products and managed by GreenroomVoice. Guided tours were offered several times daily to get to know the people behind the offerings and the projects. Visitors received an overview of the different perspectives and approaches to the focus topic “Traceability and Transparency” and comprehensive information on the ecological and social impacts with a strong focus on climate protection.

Other product focuses included weight reduction, extended product life cycles/circular design and the topic of adventure tourism. The latter was also supported by the Adventure Travel Trade Association (ATTA) conference on Sunday. The event, which ran throughout the entire day, discussed trends and opportunities, particularly regarding sustainability and meaningful travel. 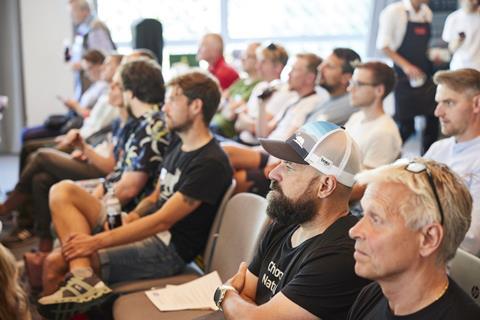 Another event, the OutDoor by ISPO Conference, hosted by ISPO Group in cooperation with EOG and NOW Partners, also featured a list of highly interesting topics on Monday and Tuesday. More than two dozen high-level speakers from various industries discussed how to reconcile economic success with the protection and regeneration of people, society and nature. “The big opportunity is to find sustainable solutions across industries,” said Tobias Gröber, head of ISPO Group. Gröber announced that the conference would also be an integral part of ISPO Munich in November and the next Outdoor by ISPO. Due to the very late announcement of this year’s conference, only a few visitors were able to attend, so The Outdoor Industry Compass plans to make the video recordings of the presentations available on our website in a few days. Topics like “Resilient and regenerative value chain,” “Combating forced labor in a post-pandemic era,” or “Regenerative Value Creation” are certainly worth a look. Speakers included Jerome Pero, general secretary of FESI, Laura Santucci, ex-chief of staff Obama Administration and former director of the World Food Programme, Joao Paulo Ferreira, CEO of Natura, and the German actor and environmental activist Hannes Jaenicke, who has been campaigning for animal and nature conservation for years and called for a conscious approach to nature. Representatives of the outdoor industry also had their say, of course. In her opening speech at the conference, Antje von Dewitz, CEO of Vaude, described the many measures on the way to becoming a climate-neutral company: “The smallest footprint stands for the highest quality of life.”

The trade show was not only what the community had desperately needed after all this time, but it turned out to be a true place for business, meetings and contracts – and for problem-solving because the current order round is anything but easy due to the geopolitical situation. Problems are best solved in personal conversation, which was one reason why this second OutDoor by ISPO in four years was so important. Pieter de Bodt, group buying manager at Yonderland Group, said: “The topics that need to be discussed today were not even on the agenda two years ago. So it was very helpful to discuss them face to face.” With its relatively new and young team, the organizers did an excellent job providing a suitable platform for this. However, shortcomings such as the late announcement of the Conference or the much too late indication of the available campground should be avoided in the future.

Whether it would have been a similar success if it had taken place at the exhibition center in Munich Riem, I would personally doubt. Especially the “smaller” and “cozier” ambiance of the MOC was crucial for a feeling of cohesion as a community. It would be nice if the show could return to the MOC in 2023. There is also room for growth, as many MOC showrooms are empty, and some spaces in the halls were “generously” sized. The area around the MOC also offers one or two former industrial buildings already being used for events and concerts. And then, of course, there is the question of how much a trade show that focuses on sustainability needs to grow after all. If you limit the size of the stands further and concentrate on the essentials, then perhaps business could be handled even more effectively. Who knows. We’ll see you on May 22-24, 2023, at the third OutDoor by ISPO. 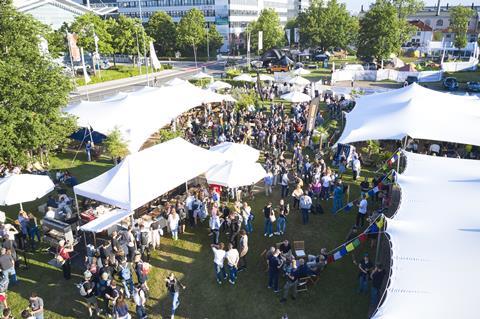 OutDoor By ISPO party in the evening