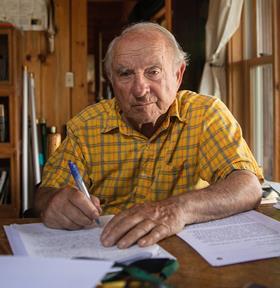 Nearly 50 years after founding Patagonia, Yvon Chouinard and his family (together with his children Claire and Fletcher) have decided to give away their company to ensure all proceeds will be used to fight climate change. The Chouinard family has transferred all ownership to two new entities: Patagonia Purpose Trust and the Holdfast Collective. The new ownership concept aims to make sure that all profit that is not reinvested back into the company will be distributed as dividends to protect the planet.

The Patagonia Purpose Trust now owns all of the company’s voting stock (two percent of total shares). It is intended to create a permanent legal structure to anchor the company’s purpose and values. It was installed to help ensure that there is no deviation from the declared intent of the founder and to make Patagonia a for-profit business that works for the planet. 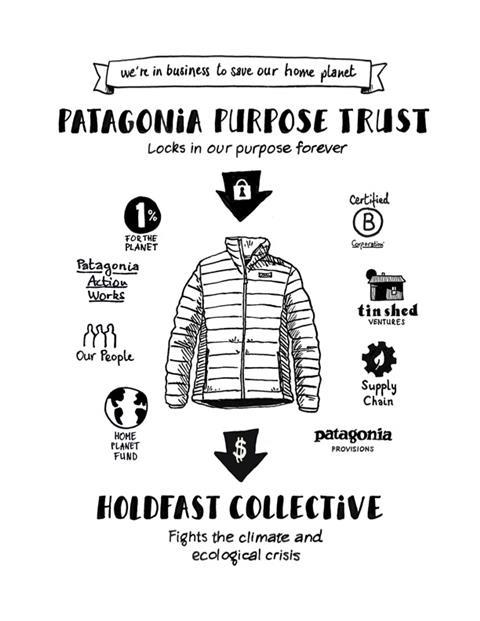 The Holdfast Collective owns all non-voting shares (98 percent of the total share capital). It must use every dollar it receives from Patagonia to protect nature and biodiversity, support communities, and address the environmental crisis. Each year, profits that are not reinvested back into the business will be distributed by Patagonia as a dividend to the Holdfast Collective to help fight the climate crisis. The company projects that it will pay out an annual dividend of roughly $100 million, depending on the health of the business.

Yvon Chouinard, Patagonia founder, former owner, and current board member, said: “It’s been a half-century since we began our experiment in responsible business. If we have any hope of a thriving planet 50 years from now, it demands all of us to do all we can with the resources we have. As the business leader I never wanted to be, I am doing my part. Instead of extracting value from nature and transforming it into wealth, we are using the wealth Patagonia creates to protect the source. We’re making Earth our only shareholder. I am dead serious about saving this planet.”

According to a company release, Patagonia will remain a B Corp and continue to give one percent of sales each year to grassroots activists via the 1% for the Planet project once founded by Chouinard. Also, the leadership of the company does not change. Ryan Gellert will continue to serve as CEO, and the Chouinard family will continue to sit on Patagonia’s board, along with Kris Tompkins, Dan Emmett, Dr. Ayana Elizabeth Johnson, Charles Conn (chair of the board), and Gellert. The Chouinard family will also guide the company’s controlling shareholder, the Patagonia Purpose Trust, electing and overseeing Patagonia’s board of directors. They will also guide the philanthropic work performed by the Holdfast Collective. Acting together, Patagonia’s board and the Patagonia Purpose Trust aim to work for the company’s long-term success while ensuring it stays true to the purpose and values defined by its founder.

The Seattle Times noted that, as the Chouinards donated their shares to a trust, the family will pay about $17.5 million in taxes on the gift. Patagonia’s current company value is currently estimated at around $3 billion (€3 billion).