For the second year in a row, Glenmore Station – one of Devold of Norway’s wool suppliers – was named Grand Champion in the prestigious “Fleece” competition at the Wanaka Agricultural Show held last month in New Zealand. Scoring 99 out of a possible 100 points for its “Merino Ram Fleece,” the wool stunned judges with its length, strength, fineness and elasticity of the fibers.

Glenmore Station owners Will and Emily Murry, who own 11,000 merino sheep in the McKenzie Basin, defended the title for the second year in a row. The primary focus at Glenmore is the production of high-quality merino, and those efforts and investments have led to the ongoing relationship with Devold as part of the company’s “Sheep to Shop” ethos. Other notable category winners at the Wanaka show are also growers who are contractually obligated to supply wool to Devold. According to the company’s press release, Devold plans to open an online store in the New Zealand market in the near future. 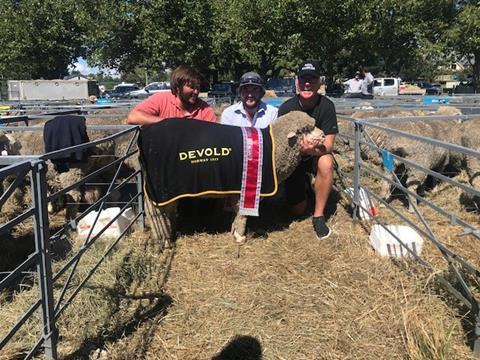