South Tyrolean brand Salewa opened a new 140-square-meter mono-brand store in downtown Munich on June 25. Munich is the birthplace of Salewa. On July 8, 1935, Josef Liebhart, then the director of the Munich Saddlers’ and Upholsterers’ Purchasing Cooperative, founded Salewa as a subsidiary for saddle and leather goods. The first revolutionary and market-ready mountain sports products were created some 65 years ago and were thought up and developed out of self-interest and curiosity about the mountain world right outside the city, “because so soon after the war, there was nothing for us mountaineers.” This is how Munich mountaineering pioneer Hermann Huber, now 90 years old, puts it in retrospect – the man who rose from apprentice to managing director at Salewa and is still involved with the company today.

The Oberalp Group acquired Salewa in 1990. Heiner Oberrauch had founded the group in 1981 and took over Salewa’s distribution for Italy in 1982. With the acquisition, the brand moved to Bolzano, and Aschheim, near Munich, became the home of Oberalp Deutschland GmbH.

“With the store, the Salewa brand is making a new statement in its region of origin, Munich. […]This new brand contact point in the center of Munich will be a meeting place for those mountain enthusiasts who identify with Salewa’s brand values,” explained Christoph Engl, CEO of Oberalp Group.

Florian Orlando Kecks is the manager of the new store in Munich. He was already responsible for managing the brand store in the city of Regensburg. 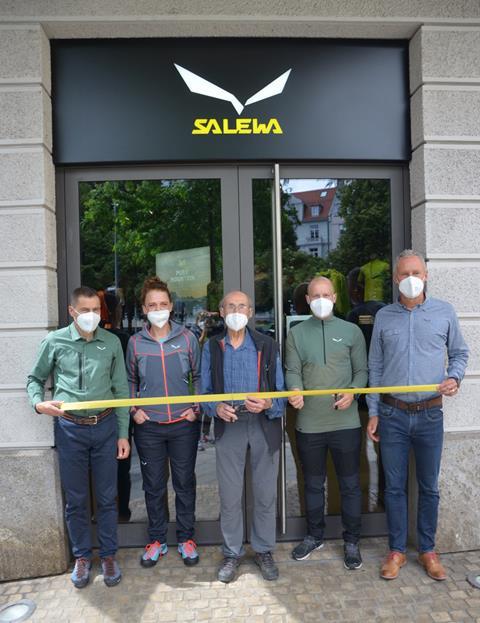