Smartwool, the Denver-based merino wool apparel manufacturer and a brand of VF Corp., has set a strategic goal to make all of its products circular by 2030. The Smartwool Second Cut Project is designed to help create a more circular supply chain that extends the life of raw materials, representing a new sourcing stream and reducing environmental impact. The project represents a key pillar of the brand’s newly defined 10-year social impact goals and will be launched with an Earth Day (April 21) sock take-back event in the U.S. 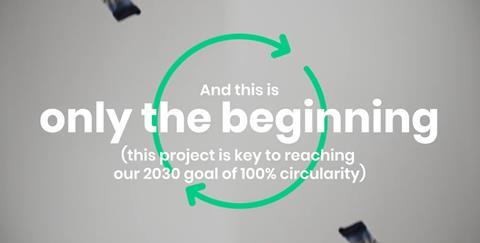 A recent Smartwool survey found that while more than 80 percent of respondents recycle their used clothing, they do not engage in the same way when it comes to socks. 46 percent do not know how to recycle them, resulting in 91 percent throwing away more than one pair per year. Given the gap in recycling textile items like socks and the fact that more than 97 percent of consumers are interested in recycling them, Smartwool has now developed a way to move more in the direction of circular economy overall, starting with socks. In the U.S., Smartwool is partnering with Material Return, a platform for individual circular economy, on its Second Cut Project sock take-back campaign, collecting used socks of all types and brands from retailers and online. These initial donations will be re-purposed into a filling for dog beds. Smartwool has not commented at this time on how, when and with which partners the program will be expanded to other markets outside the U.S.